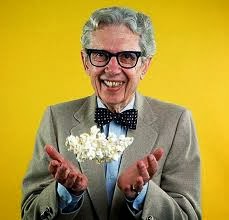 (679 words)
If my understanding of human nature is on target, then many Americans are today considering the horror of the Tampa movie shooting along with the caveat, “Well, the guy was texting.”

Shooting a married and unarmed father of a 3-year-old girl is a homicidal act, sure, but it says right there before the movie starts that you’re supposed to turn off your electronic devices. Everybody knows that.

And the guy was texting.

I’ve been criticized before for too soon making light of deadly episodes without regard for proper mourning conventions. I say now as I said then, ah, phooey.

This is America, site of so many daily senseless killings even us rational gun-control advocates feel like shooting something just to emphasize our profound pacifism. If we shed timely tears over every senseless killing, we’d all either be drowning in tears or dying from crying.

My wife and I often indulge in the exact kind of date Chad and Nicole Oulson were enjoying Monday at the matinee screening of “Lone Survivor,” the well-reviewed Mark Wahlberg war pic. We have a nice little lunch and then go to a movie that will end in time for us to get back in time to be at the bus stop. It’s a wonderful date.

So I see a lot of myself in this happy dad.

But I also see a lot of myself in cranky granddad Curtis Reeves, too.

Because, geez, the guy was texting.

I tolerate no texting when I pay to see movie. It’s incredibly rude. I believe people who text during films have a vastly inflated sense of their own self-importance.

Maybe that’s what the eventual testimony may reveal about the late Oulson. In his defense -- and don’t you love how in today’s NRA-saturated society the dead unarmed guy needs a defense? -- the movie had yet to start.

As if the story needed additional heartbreaking elements, the Oulson’s 3-year-old daughter, Lexie, had some months back been mauled by a dog. The father may have been texting back and forth with day care providers about her well-being.

Still, to an absolutist like me and Reeves, texting is texting.

It says right there up on the screen, “Please turn off all cell phones and electronic devices.”

A crafty lawyer is sure to see the obvious loophole begging to be exploited during the eventual civil trial: It doesn’t say, “Please turn off all cell phones and electronic devices . . . OR YOU COULD GET SHOT!”

And shot he got.

According to the criminal complaint, Oulson apparently turned around and tossed some popcorn at Reeves, giving Reeves in Florida at least the green light to pull out his heater and start blasting. A bullet went clean through Nicole’s hand she’d bravely held up in defense before ventilating her husband’s heart.

Some are already saying tossing popcorn is a provocative act. The rest of us think tossing a weaponized Orville Redenbacher himself is insufficient reason to kill an unarmed man at a matinee.

But we don’t know. Reeves is a decorated retiree of the Tampa Police Department. He’s worked homicide and was instrumental in starting the city’s SWAT unit.

That could work for or against his defense, but only if he can get a psychiatrist to say he suffers from post-traumatic stress syndrome from one of Tampa’s popcorn wielding hoodlums.

I’m relieved it looks like there’ll be no racial element in his case, until at least Reeves says something like, “I’m very sorry I shot him. But it was dark in that theater. I didn’t know the guy was white!”

From what little I can glean about Reeves’s character I have no doubt he is, indeed, remorseful.

Of course, he is. It’s likely he’ll now never get to see “Lone Survivor.”

I haven’t seen it either, but I hear it’s very good. I don’t think I’m giving away any secrets when I reveal I’ve read that a lot of really good guys get senselessly wasted.

“The World’s End,” a spoiler-free review

Too much Zimmerman/Martin commentary: here’s mine!