US needs a national "No One Gets Out of Bed Day!" 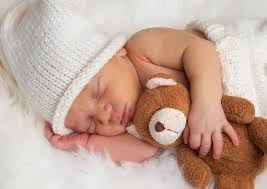 Getting out of bed on mornings like this makes me feel like a World War I soldier being ordered at gunpoint to vault out of the trench into No Man’s Land certain to face heroic annihilation.

It’s 2 degrees. I have another three inches of snow to shovel. The stupid dog’s stubbornly resistant to my efforts to teach him the benefits of indoor plumbing on days when the windchill is minus-14.

And I have to get out of bed.

Sleep is at its most precious when you become aware its end is imminent. That’s when you know it’s time to haul your sorry butt out of bed and begin engaging in the mundane tasks that constitute being a responsible human.

You shave, you shower and you switch on the news to hear the latest Olympic terror threat that’s turning Sochi into a Guantanamo without the soothing tropical breezes.

Sure, something good may or may not happen to you during the next 17 or so hours of wakefulness, but guaranteed something bad will happen. You’ll get stuck in traffic. The kids will sass you. You’ll spend every step outdoors fretting your next might cause you to slip and snap a wrist.

Either way, you’re forced to leave one of the most wonderful and happy places on earth -- your very own bed -- for one of the most dangerous and forbidding -- the outside world at large.

When was the last time you stayed in bed just for the happy hell of it?

Being sick doesn’t count. That’s no fun. I’m talking about staying in your jammies and eating nothing but Pop Tarts, popcorn and pizza all day long. Maybe if ambition strikes some soup, too.

It’d be one thing if I could look back on the last three decades and marvel at all I’ve accomplished, but regular readers of this blog know just how self-delusional that would be.

You can have your globe-trotting bucket list. More and more, my dream vacation is one where I don’t even brush my teeth until after “The Price Is Right!” host Drew Carey reminds me to get my pet spayed or neutered.

Maybe it’s time for America to consider having a “National No One Gets Out of Bed Day” and the first one’s tomorrow. Or maybe we should just rename Tuesdays and have it once a week.

People would be more rested, chipper and cheerful knowing we had something soulful to look forward to. Sure, some people in need of essential medical care would expire, but death on days like this beats getting out of bed.

I wonder if my feelings are particularly acute because Val and I share a waterbed.

I don’t know when fad waterbeds fell out of favor. Did some old hippie drown in one and I missed all the bad press?

I sometimes wonder if we’re the last couple on earth to enjoy a waterbed. The funny thing is we were both waterbed devotees when we met.

And we both drove Saturns, too!

Yes, it was in the stars.

Mine was one of my first purchases when I got a job and moved away to live on my own. I became enamored with them back in the days when every mall in America had a waterbed store.

They’re heavenly. Getting into a waterbed with someone cuddly you love is one of the most pleasant experiences in human existence.

So getting out of one under the same circumstances is one of the worst. And that’s how I begin every single day of my life.

Many people compare being in a waterbed to being what it was like being in the womb. It’s better for me, even, because my waterbed doesn’t get smoker’s cough like Mom did when she was nursing a three-pack a day habit while pregnant with me.

Just thinking about it is giving me one of those out-of-body experiences filled with rapturous reveries.

Too bad I again convinced myself I really ought to give a crap which means it’s just another day destined to be full of out-of-bed experiences.

Read this then go straight to sleep
Posted by Chris Rodell at 1:27 PM

Email ThisBlogThis!Share to TwitterShare to FacebookShare to Pinterest
Labels: benefits of sleeping in, Drew Carey's better than Bob Barker, National No One Get Out Of Bed Day, sleep-in day, Sochi is Gitmo, staying in bad all day, waterbeds are the best