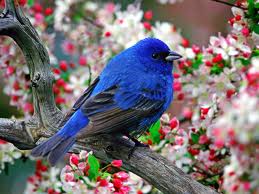 Does it diminish some of the magic if I confess I sometimes re-run evergreen tweets from 8days2amish? I hope not.

It’s just I consider my twitter account different from your typical one. With the exception of my own blog notifications, I rarely re-post other tweets or link to stories or pictures you might find interesting. I don’t think you need more of that.

So every once in a while I cull the herd and re-post something I think is amusing or thought-provoking. Just thought you should know.

I think May was a nice run and it included what I think is one of my best tweets ever. That was this one:

“If marriage is so great then how come God’s still single?”

•I humbly try and include at least one deliberate typo in everything I write lest people think I'm too perfict.

• I’m so pretentiously self-important my voice mail ends with, “If this is a real emergency please call 911.” Like others call me to schedule surgery.

• I'm inexperienced in either endeavor, but I imagine a tame goose chase would be just as exhilarating as a wild one.

• It bugs me that more than one cactus is cacti when by all logic it should at least be cactwo.

• Do sober people who are on the wagon fight over who gets to be the wagon's designated driver?

• Imagine the promotional bonanza if '70s pop icon Meatloaf was wrong and there really was a Coupe de Ville hidden at the bottom of a Crackerjack box.

• Don Cheadle was nominated for a 2004 Oscar for his role in "Hotel Rwanda" I love Cheadle but he didn't stand chance. Cheadles never win.

• I abhor gun violence, but any armed woman should be able to shoot any man wearing an "If you can read this, the bitch fell off" t-shirt.

Email ThisBlogThis!Share to TwitterShare to FacebookShare to Pinterest
Labels: 8days2amish tweets, Chris Rodell tweets, Use All The Crayons, why is God still single