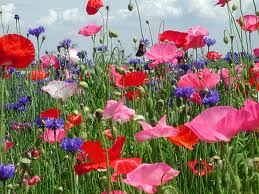 That’s an easy one. It’s my go-to item from the 501 colorful living tips from “Use All The Crayons! The Colorful Guide to Simple Human Happiness.” I always deploy that one first anytime someone asks what the book’s about.

I was at the ballroom at the Day’s Inn at Penn State to memorialize a man I’d never met who’d died in 1999 at the age of 33 of a disease of which I’d never heard.

His name was Chris Hull, a 1989 PSU graduate and a legendary brother at Sigma Pi, the fraternity hosting the event.

My friend, Kit, an old buddy from Ohio University, has been attending these memorials for 13 years now. He’d fly from Chicago into Pittsburgh and stop at my house on the way to State College so we could catch up and he could needle me about what a mess my life would be if he hadn’t agreed to "help" me during the Econ 101 final my senior year.

I passed that test, got my journalism degree, and here I am more than 30 years later, blogging above a bar.

Lesson? I guess I could have used more "help."

This year he invited me to attend a day of golf and parties in honor Hull, his boyhood friend from Fremont, Ohio. Kit told me to bring some books. I signed and gave three away to some new buddies. That meant I had two left.

“Great,” he said. “We can give the other two away for prizes at the raffle.”

The idea filled me with dread. It meant there was a good chance I’d have to speak in front of about 75 strangers who were impatient to win things like golf clubs, $500 gift cards and immediately get back to free boozing and heartfelt stories about Hull.

Just because no one wanted to hear from me, I was sure, didn’t mean I wasn’t going to let them know about my book. I thought No. 399 would snag some laughs.

“Tell friends you’re opening an art gallery then invite them to a big room with nothing on the walls. Have them be greeted by 40 guys who say nothing but, ‘Hi, I’m Art!’”

At any given time, about 1,000 people on the planet of about 7 billion suffer from a blood disorder known as Fanconi Anemia. Chris Hull became one of them when he was born without thumbs, one of the symptoms, in 1966.

Doctors told his engaging parents, Dr. Charles and Katie Hull, that their newborn would never live past the age of 16, news they concealed from the son experts considered ill-fated. The kid didn’t know of his reduced life expectancy until he’d already kicked its ass for two years more than the experts predicted was possible.

Even today after a weekend of hearing stories about Hull, I still feel like a drive-by observer, ignorant of so much. I know he attended culinary school in Paris. I know he loved the ladies, many of them already occupied by mindful husbands, and I know that today, 14 years after his death, many grown men get tears in their eyes when they recall him.

One of the many sponsor signs on Penn State Blue Course, said, “High Four! We’ll Love You Forever, Chris Hull!”

“The doctors at birth took a bone from his foot and gave him a thumb, but only for his left hand. His right hand was still just four fingers. He couldn’t give anyone a high five with a right hand. But the whole room would light up when he’d come up and give you that high four.”

Who was this guy?

My mind was racing as it became obvious the emcee was going to begin talking about my book. I thought I’d try and grab the crowd with No. 323.

“Ask investigators who work in crime labs if on slow days they ever sit around and sing, ‘Someday my prints will come!’”

The $500 American Express Card went first and, no, I wasn’t surprised it went before my $15.95 self-improvement book. The next winner took the clubs. After that in order went the $100 Foot Locker gift card, the golf bags, the commemorative drinking glasses and the framed picture of the bald eagle on a branch.

The books were the last things left. I stood up when the host graciously introduced the books and their author.

Happily, he moved right into the drawing. I wouldn’t have to speak. I sat down, relieved that if I was going to make an ass out of myself, the chances of the entire room knowing about it had slimmed considerably.

Later on the drive home I realized all my fears were unfounded. Friends of Chris Hull would have, I’m sure, greeted my remarks with warmth and good cheer. From what little I learned, that was the Chris Hull way.

I knew, too, that my planned talk would have been needlessly excessive. Instead of all that blathering, I could have summed the whole book up with just seven words from item No. 498.

See, I realized I’ve been wrong all along. I didn’t write the book on colorful living.

Chris Hull beat me to it.

When taverns usurp church: a bartender retires
Posted by Chris Rodell at 11:28 AM

Thank you so much for your blog about Chris Hull. I went to college where he did part of his grad school and he was one of my dearest friends and all time favorite people. My heart still breaks when I think about him being gone.

Thank you, Jen. It was a real privilege having the opportunity to learn about Chris. Thanks for taking time time to read and comment!

This post was discovered and shared this morning among Chris’ fraternity brothers. (Yes, nine years later) About 40 of us have seen it in the past 90 minutes. You’ve captured the essence of Chris perfectly. Thank you. You are welcome to attend the golf weekend any year you like!

Thank you Chris for your kind words. Thank you Jen for yours - a great number of people Chris was able touch share your sentiments

Hey, that's great! Thank you, my friends, for reaching out. I really enjoyed those PSU weekends and hearing stories about a man I'm sorry I never met. The way you celebrate his life is inspiring. I'm grateful to Kit for all the introductions.

Wow, I was just thinking about Chris since it was just Christmas and stumbled on this post again and here are his dear friends still remembering him.