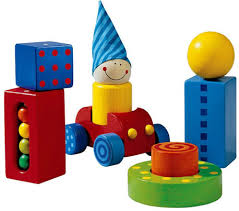 (739 words)
Our 6-year-old is at the precocious age where reading aloud is a joyful affirmation of her growing intelligence. She blurts out storefront signs and asks questions.

So any day now I’m sure I’ll have to explain what they sell inside the new store on Rt. 30 with the big “Love Toys” sign outside.

Being an indulgent parent, my instinct will be to pull right into the parking lot, march inside with a fistful of twenties and say, “This is my precious daughter. I love her. She loves toys. Show us all ya got!”

Geez, it’s probably been 20 years since I’ve been in what are routinely referred to as an adult book store.

The designation always struck me as a misnomer. I’d expect to find Leo Tolstoy in an adult book store. And I’m referring to dense books by the late Russian, not the actual author, although I’m unfamiliar with his recreations so who knows?

I was there to buy gag gifts for a buddy’s bachelor party. I remember buying an inflatable self-lubricating sheep.

He was an Ohio farm boy.

The marriage ended in acrimony about 10 years ago, but I’ll bet he still has that sheep. The poor thing’s probably covered in duct tape by now.

I marveled when the Love Toys store sprang up in the exact foot print of the old adult book store that burned down under suspicious circumstances.

I’ve always regretted I wasn’t there to watch it burn. In my mind I imagine a hole opening in the roof and a dozens of inflatable dates and various blow-up farm animals escaping into the sky.

That one had signs promoting “Live Girls!” As I said, I’ve not been a regular patron so I’m guessing there must be some nuance to the declaration.

I wonder about the people who work there.

I have to say I think it would be a pretty cool job. I can’t imagine it’s all that busy.

And I might be able for the purposes of salesmanship be able to persuade the boss to let me take some of the stuff home for test drives.

We said “I do” in 1996, but we’d been doing it for four years prior. I’m sure my routine is as predictable to her as the next pitch to a batter who’s adept at stealing signs.

Yep, here comes another fast ball, right down the middle.

My popularity at the bar would surge, too. Instead of my usual $1.25 tip, I could just slam a foot-long love toy on the bar. It would be very funny and maybe even welcome.

Or would it? Maybe Keith or Bill are interested in building a backyard shed and aren’t too picky about construction materials.

That would be great fun on the bar and I could auction off the racers. Of course, you wouldn’t want to do that on a night when the special is kielbasa and pierogi. Many of the bar customers eat without averting their gaze from the TV and I wouldn’t want the gang in the kitchen getting angry over too many complaints that the sausage was way too chewy.

It almost seems kind of quaint.

Really, it’s exactly the kind of business we should all be interested in supporting. It’s locally owned, non-polluting and makes people happy.

Well, at least parts of people.

The one thing it lacks that would ensure a progressive guy like me going in and spending his money is that none of the products are organic.

The words may look alike but, trust me, there’s a big difference

A binding story of Zumba sex
Posted by Chris Rodell at 1:39 PM

Thank you so much for posting your important information.