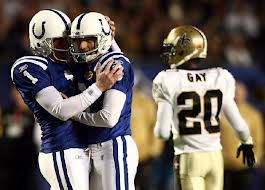 (685 words)
I had two questions when I heard that Jason Collins of the NBA was coming out as the first openly gay athlete: Who is Jason Collins and who gives a crap about the NBA?

Only in the numbskulled realm of professional sports could this possibly be hailed as big news.

But yesterday it was all anyone was talking about. Everyone wanted to know how Collins’s announcement will this go over in the locker rooms.

Me, I’m hoping there will be romance.

I’d like to see one of Collins’s Washington Wizard’s teammates tell reporters that he’d been confused when he heard it was biologically possible for any professional athlete to be homosexual.

“I went to confront Jason over his sexual orientation in the shower, our eyes met, we embraced and our teammates all went as one, ‘Ahhhhh . . .’”

And they lived happily ever after.

Now, that would be a story.

I’m opposed to discrimination of any sorts against anyone, but I hope I live long enough where I see a day where people tease and berate men for being stupid jocks.

It’s the tendency toward being meatheaded bullies that gets to me and historically there’s no greater target for them than the ones they suspect of being gay.

Yes, our biggest and strongest often pick on the small and the weak. It appalls me every time.

So I do admire Collins for taking this one small step -- if any 7-foot-tall man could ever be said to take a small step.

Nothing in our history can match the rapidity of American gays going from social pariahs to being accepted -- celebrated even -- just for being who they are.

Collins was hailed for his decision to come forward and fielded congratulatory calls from Presidents Obama and Clinton.

It has me wondering if I’d get to chat with any cool celebs if in tomorrow’s blog I announced I was gay. I’m going to have to sleep on it.

But there’s no denying: being out is in.

Collins’s announcement led me to spend a good deal of time thinking about craven greedmeister Roger Goodell -- and I’ll try and forgive Collins for that.

I guarantee you the NFL commissioner is right now scouring his files -- and the FBI should be so efficient -- to find out if any of his homosexual players are brave enough to come out.

He wants the NFL, not the NBA, to be at the forefront of social issues. He believes America should look to professional football for its cues on what is right and what is wrong.

And in this regard he is absolutely correct.

This won’t be big news until a marquee NFL football player comes out and shouts he is gay! Gay! Gay!

This confession will make me seem small, but the Steeler fan in me prays it’ll be Tom Brady.

Me, I’d like go even further than Goodell. I won’t care if one player comes out.

I want an entire team of ass-kicking gays.

Imagine the stereotypes that would shatter.

My experience tells me about 50 percent of the seats at any NFL game are filled by bigots and homophobes.

Seeing a team composed entirely of talented homosexuals would open the eyes and shut the mouths of idiot fans who reflexively yell “Faggot!” any time a player misses a tackle or drops an open-field pass.

It will be monumental.

It will signal America is finally becoming the place it’s always boasted it was: a place where no man or woman is judged by how they look, who they worship or who they love.

Can I still be a good progressive and say I just hope that team is not the Pittsburgh Steelers?

My gay friend John
Posted by Chris Rodell at 1:06 PM

Email ThisBlogThis!Share to TwitterShare to FacebookShare to Pinterest
Labels: an all-gay NFL team, being gay is cool, Jason Collins is gay, Roger Goodell sucks, Tom Brady's gay, who is homosexual in NFL