How come there isn't a Mrs. God? 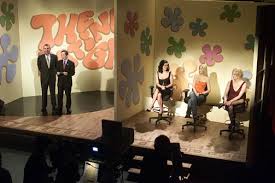 (792 words)
If marriage is so great how come God’s still single?

I have a single friend who lives in New York City, has a good job and a swanky apartment. He enjoys the theater, eating out and is something of a wine connoisseur. He dates around, but he’s never married. He’s what matchmaker females refer to as a “good catch.”

He’s not even Derek Jeter.

You have to wonder why by now there’s not a Mrs. God.

If God can’t endure a truly holy matrimony how on earth are the rest of us ever supposed to?

I come to this question as one of those guys who believes he is in a splendid marriage even on days when I do things that convince me my own poor wife is in a rotten one.

I play a lot of golf, attend baseball games and spend hour after sudsy hour in the tavern with my friends where I wonder aloud what it would be like if I had a real job or at least spent a slim part of my day learning how to master things like the ability to tile a bathroom floor.

There are many, many days when, I’m sure, she’d exchange me -- an underemployed blogger/author/worm farmer -- for any guy with a steady paycheck and trusty grout trowel.

I don’t know how she does it without any apparent pharmaceutical crutch.

Maybe I should make her submit to a drug test.

I like marriage and I love my wife. Yet, I’m honest enough to appreciate inherent flaws in both myself and the institution of marriage -- all the while being aware enough to avoid even hinting my darling wife is in the least bit flawed.

My point is, just imagine what kind of guy I’d be without a spousal governor there to regulate my god-given penchant for misbehavior. Mismatched socks, mustard stained shirts and monthly penicillin shots would be just the tip of the illicit iceberg.

I’ve for 16 years been a husband who at least tries, a man who’s mindful of his obligations and what’s expected of him, a man eager to prove to his wife he “gets it.”

Example: When I hear her walking into the room where I’m watching television I reflexively stand up before she gets there, hoping the motion will confuse her into thinking I’ve either just completed a task or else am about to engage one.

I’ve always said a long marriage is a terrific antidote to excessive ego. This might be helpful to the Creator who must at least once in a while find Himself smiling in the mirror and saying, “Hey, you’re God!”

Sure, most of us can agree God is great, God is good, but is there a chance he’d be greater -- gooder -- with a good wife behind Him keeping him on his divine toes.

We’re taught in Sunday school that God created heaven and earth in six days and on the seventh day He rested.

Racial hatreds, famine, unanswered prayers for justice -- judging by the state of the world, it often seems like He’s still on the couch with the clicker in His hand.

Maybe that’s part of the problem. We’re told man was created in His image.

We males often act like we were created solely in the image of God Day VII, the one at rest.

And if marriage is so important to God, then why didn’t He ordain Jesus get hitched?

Image how different history would be if the widow Jesus had carried on his name and mission. But marriage was not in the cards for Christ.

Instead, we’re left with an entirely contradictory example. When it came to marital matters, what did Jesus do?

He hung with hookers! Many reputable Biblical scholars contend Mary Magdalene was a repentant prostitute. Understanding the tenets of forgiveness and holy redemption, the scold in me still is left wondering, geez, what kind of example is that?

Having the two preeminent religious figures from the Bible be inexperienced with the primary human relationship is about as absurd as having a major faith be run exclusively by mostly old white men who’ve vowed to never marry or have sex.

So maybe it’s time the busybodies who can’t stand to see an eligible gent left to enjoy himself task themselves with finding God a suitable match, someone who will ensure He’s more attentive to all the pressing family duties.

As we’re all God’s children, it’s something in which we all have a considerable stake.

We could all use a little more quality time with the old man.

What if Tebow is Jesus

How old will you be in heaven?
Posted by Chris Rodell at 1:39 PM

Email ThisBlogThis!Share to TwitterShare to FacebookShare to Pinterest
Labels: Jesus dated prostitues, the most eligible bachelor in the universe, who would God date, why is God still single, why was Jesus single