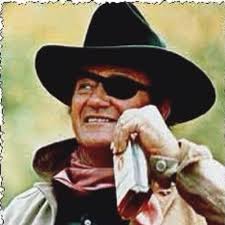 (661 words)
I’m generally a law-and-order guy, but if you’ve developed a computer program that will let us purge ATMs of $45 million and you need a money mule, please get in touch.

No masks, no guns, no threats. Just walk away with big bags full of money.

My kind of crime.

It’s like someone’s finally done to the banks what the banks have for years been doing to us.

You can read the NYTimes story here. It’s very sophisticated.

The looted dough was laundered by purchasing Rolex watches, expensive cars and other luxury items, so it wasn’t so much a crime as it was an inventive sort of stimulus package.

I’d love to stumble into some spree money.

And I’m not talking about earned money. I am right now owed more than $5,000 by deep-pockets organizations that are appearing content to sit on it in the hopes that one of us will die before the exchange must finally take place.

So I won’t feel any giddy rush when/if I finally get my hands on those checks.

No, instead, I’ll simply shuffle the money around to the accounts where I’m in debt, just another chess move in the pointless stalemate of adult living.

There will be no euphoria. No splurge. I’ll pay Comcast and Comcast will quit caring for another 30 days.

The most I ever found was $80. It was four twenties folded up together sitting near the curb of the grocery store where I shop.

I remember sitting there on a nearby bench for 30 minutes waiting for someone -- anyone -- to come by with an alarmed look on their face. No one did.

I remember telling the girl I was dating at the time I felt conflicted.

I couldn’t very well advertise I’d found $80 and would welcome calls by anyone who’d lost that amount. We talked about going to dinner on it, but both said that wouldn’t feel right.

We piously agreed I should donate the money to a worthy charity.

And I might have done just that if the boys hadn’t invited me to go with them that very evening to a Pittsburgh strip club where those $20s were converted into singles that ended up in the G-strings of dozens of attractive young women who swore they’d use the money to pay for things like veterinary school.

I think they lied.

I’ve been enthusiastically going to vets ever since and I’ve never seen one that looked like she used to strip at The Edison Hotel.

Bailed out bankers will contest the point, but a bank robbery where no one gets hurt always seems like a victimless crime.

Heck, even John Wayne as U.S. Marshall Rooster Cogburn good-naturedly admits to dabbling in bank robbery in his younger days. When confronted with puritanical condemnation to his aw-shucks confession, the Rooster gets his hackles up and says defensively, “It ain’t like I stole a man’s watch!”

That’s the rationale for why we all loved guys like D.B. Cooper and Butch & Sundance.

Interested in great bank robbery stories? Read this one. It’s about Carl Gugasian, the man the F.B.I. calls “The King of Bank Robbers.”  Now serving a 17-year sentence and due to be released in 2021, Gugasian, 63, is said to have robbed as many as 70 banks of more than $2 million over 30 years.

I wrote the story in 2005 for the now-defunct Stuff magazine.

Gugasian devoted his every waking moment to robbing banks. Friendless and never married, he fanatically trained and studied to rob each bank, often spending two or three days in the woods to note the bank’s routines.

That’s too much work.

I’d rather just go right up to the ATM and take out a big pile of money.

At this point, I don’t care whose it is either.

It won’t be like I’m stealing a man’s watch.

I accidentally viewed your blog and I was so amazed with your work that it touched the deepness of my heart and it made me sentimental. Thanks for posting. Visit my site to buy cheap rolex replica