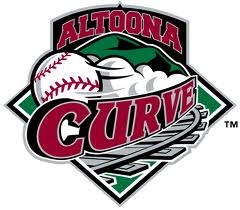 (834 words)
I’m becoming convinced God won’t let me succeed because my story would be a terrible example to the youth of America.

And in a pop culture landscape dominated by people like Kim Khardashian, the Duggars and Lindsey Lohan that’s saying something.

But each of those examples has something compelling: looks, charisma, traumatic circumstances or hyper-active reproductive organs.

Me, I have this blog emblazoned with the logo: “No Paychecks. No Prospects,” like it’s some kind of cockeyed virtue.

You’d think by now I’d try and do something to change that circumstance.

And I might, but every time I consider doing just that I weigh the pros and cons and think, well, gee, that doesn’t sound very fun.

So I’m not going to change, even as change is about all I ever have in my savings account.

Even on weeks when I have work to do, cosmic interventions arise. That’s what happened yesterday when my buddy called with earth-shaking news:

Thirsty Thursday is a Yuengling Beer promotion at the ballpark that’s home to the minor league Altoona Curve ball club.

Yes, Paul texted me just yesterday and reminded me we’d talked about going. I suppose it’s a sign of maturity that my first instinct was to decline.

It was Thirsty Thursday in Altoona!

Here’s how he explained it to me a few weeks ago: “It’s a cheap beer bonanza. They sell 12-ounce Yuenglings for something like a buck. And, get this, the first pitch is at 10:30 a.m. Do you know what that means?”

For one day at least, I’d be missing “The Price is Right!”

To me, that feels like a real sacrifice, which gets back to my point about being a bad example.

I convinced myself it was.

This, for me, is a bucket list item itching to be checked off.

Attending a day baseball game and enjoying a few beers in the sun is one of life’s most sublime pleasures. It’s visual and conversational feast for convivial people. But professional baseball is ruining a big part of it by charging $8 for a can of domestic beer that probably cost about 80-cents to produce.

Not surprisingly, the team that does this most to me is named the Pirates.

Me and my buddies all used to be devout $20s. That meant any time the vendor came by any one of us could produce a $20, purchase four beers for $4 each and still have healthy leftover to tip the vendor. It was perfect.

Then came the price creep.

I first noticed it, where else, in New York City, home of the over-priced everything.

I was with my buddy Kyle. He took me to a game at old Yankee Stadium. To show my appreciation, I told him I’d buy the beers.

So I ordered two beers and passed a $20 down the aisle. We were in the middle of the aisle so the transaction involved passing the money and the beer over about 10 other savvy Yankee fans.

“Oh, you keep the rest,” figuring he’d get a $5. I wanted the Yankee fans to be impressed by my big tip.

“No, no, my good man. I understand the importance of tips to your livelihood. Please. It’s my pleasure.”

I went to sit down, sure the exchange was becoming tedious to the surrounding fans.

Whether it was or not, I’ll never know. But I recollect verbal evidence it had to the vendor who said, “Hey, asshole! You owe me another $2.50.”

It was a near perfect humiliation. I gave the guy $2.75. He could keep the quarter.

Of course, the beer at PNC Park in Pittsburgh is now $8.25, an amount I refuse to pay, choosing to spend the game sulking in my sobriety.

So today promises to be a bit of stumble down memory lane. It’s me, Paul, our friend Dave, and maybe another guy. There’s a chance we might be $5s.

Either way, it promises to be a great day. That’s just the way guys like us roll.

Maybe I can be a roll model after all.