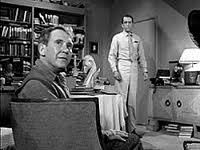 (664 words)
Reading is maybe the one passion that’ll ensure you’ll never need friends while assuring you’ll always have as many friends as you wish.

That’s one of the arguments I’ve holstered for the next time I engage our 12-year-old over the need for her to turn off the TV and pick up either a book or a nook.

Our schools do a fine job of teaching our children to read.

That means the rest of us need to do a better job of teaching them to love to read.

Ignore your menial chores, leave the your nutritious morning milk untouched and turn your room into a Selena Gomez-themed slum -- all is forgiven if I spy you sitting there immersed in a book.

It is, to me, the ultimate get out of jail free card. And I’m not just referring to household obligations.

Nothing liberates a restless soul like reading a book.

The belief puts me in the exquisite company of Lord Babington Macaulay (1800-1859) who said, “I’d rather be a poor man confined to an attic with plenty of books than a king who didn’t love to read.”

More and more I see myself becoming like the Burgess Meredith character from the old “Twilight Zone.” Either one.

He plays reading zealots in two of the show’s most memorable episodes. In one he finds a cheerful silver lining to a nuclear holocaust when he realizes his life is now one uninterrupted reading splurge -- right up until he stumbles on the steps of the library and breaks his glasses.

In the other, a totalitarian regime judges him obsolete for his devotion to books that exalt free thinking. He is sentenced to a televised death and cleverly rigs his apartment so his oppressor must share his explosive fate. The accused calmly spends his last mortal moments reading a good book.

It is, in fact, The Good Book.

His execution is solo after he graciously frees the tyrant when he hears him plead “For God’s sake!” let him go, a broadcast declaration that leads the populace to determine he, too, is obsolete.

We have spent about an hour each night reading books aloud to our two daughters since they were old enough to pay attention. Those times have been absolute joys to both of us, even as part of us wishes we could put down the Shel Silverstein, the Dr. Seuss and their many worthy peers and escape to watch adult shows about zombies before sleep deprivation turns us into actual zombies.

But Josie’s now at an age where she doesn’t need our bedtime stories.

I find myself feeling an increasing urgency she find her own. She was so blown away by “The Hunger Games” trilogy she thinks nothing else will ever fire her imagination.

At her urging, I, too, enjoyed the Susan Collins books, but, oh, what a fearful pity it would be if she turns out to be right.

Opening books has opened invitations to meet and become friendly with many of the most interesting men and women on the planet. I could never have scored so many assignments for character profiles without the book-bestowed knowledge of so many esoteric topics.

Being a reader these days defines you in ways that will always define veterans of common struggles.

We’re feeling outnumbered. We feel we’re under siege by moronic diversions and by a populace that increasingly would rather play “Angry Birds,” than engage a book about an angry white whale.

Let the mad cacophony continue without us.

We’ll be sitting all alone in small still rooms surrounded by thousands of silent voices who still have so much to say.

That’s all I have for today.

Thank you for reading.

And I mean that in the broadest sense.

Here are five books I’ll have with me when they come to declare me obsolete.

“The Grapes of Wrath,” John Steinbeck, 1939 -- When I was teaching creative writing, I’d always read aloud the part where farmers spray kerosene on healthy produce to keep starving people from eating them and driving the price down. I always precede the reading by telling my students I’ll try not to cry. Yet cry, I always do.

“Catch-22,” by Joseph Heller, 1961 -- I have two copies of this book, one for my home and one for my office. As soon as I find another used one for sale, I’ll buy it so I’ll have one for my car when traffic gets bad.

“Life On The Mississippi,” Mark Twain, 1883 -- As much as I love “Tom Sawyer” and “Huckleberry Finn,” my Twain affections will always run deepest toward his extraordinary travelogues.

“Lonesome Dove,” Larry McMurtry, 1985 -- Capt. Augustus McCrae will forever be one of the greatest characters in American literature.

“Moby Dick,” Herman Melville, 1851 -- I try and read it every five years because every time I read it I find something new and remarkable. Sometimes I think it should be all I ever read.

Of humdingers and sockdolagers
Posted by Chris Rodell at 10:35 AM