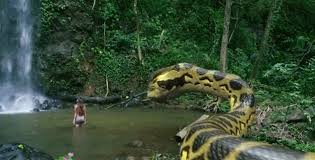 (788 words)
I was ensconced in the basement watching the Pirates pull some more late inning heroics to beat the Detroit Tigers 5-3.

It was about the fourth inning when our stupid little yip dog began reacting like someone had jammed a lit firecracker straight up his tiny pink pucker.

Later, I asked Val what the commotion was all about.

“A motorcyclist had run over a big snake,” she said, adding that he’d stopped to tell our neighbor who’d been out with her dog. She stopped by to tell us.

The news has me thinking about petitioning the township on behalf of the name change.

Solomon Temple is a name that implies Biblical wisdom and religious structure, both of which appear to be nonexistent along our three-mile stretch of hillbilly highway.

Saying I lived on Copperhead Road would be very, very cool. The 1988 Steve Earle song is one of my favorites and Earle could kick the old Hebrew King’s wise ass.

“She said it was a really big snake -- a copperhead -- and it slithered straight into our yard.”

I looked out the window and didn’t see any really big snakes. Of course, my idea of a “really big snake” had changed practically overnight. Just Monday I’d watched about an hour of the SyFy Channel production “Piranhaconda!”

I’ve become an absolute sucker for these campy SyFy thrillers that often combine two fearsome predicators into one gigantic mutation with an insatiable appetite for under-dressed young lovelies.

Besides “Piranhaconda!” the channel has given us equally compelling features based on killer mutants like “Sharktopus!” “Mansquito!” and “Dinocroc!” There's even a "Sharknado!" which I one day to give what I guess you'd call a whirl.

And here you’ve been wasting all your time watching bug sex on the National Geographic Channel.

By coincidence, I’d DVRd “Piranhaconda!” because I figured Val would enjoy it.

Later that night, long after the kids had gone to bed, I showed my sweetheart just what a really big snake really looks like.

And, yes, consider me flattered if that last phrase had any of jumping to the conclusion that we reveled in a night of romance. But I can’t hold a candle to the p-conda.

Heck, I can’t hold flamethrower to one, and flamethrower was one of the weapons its feckless attackers used in vain to try and destroy it.

Piranhaconda is about the size of a 12-car locomotive, only a locomotive that can swim and raise its enormous head 30-feet in the air. The colossal critter’s mouth is  a garden fence of razor-sharp teeth.

It doesn’t so much as kill its victims as it does vaporize them. You see it strike and then a puff of red mist appears in the air where screaming morons had previously stood. Sometimes for dramatic effect the cameras will show a bloody foot descending from on high in slow motion.

Piranhaconda seems to target artificially-enhanced anorexics. In fact, I spent a good deal of the movie trying to discern whether it prefers devouring people or breast implants and is too hungry to bother separating one from the other, or others, be as it were.

In between all the cartoon gore is some of the most deliberately ham-fisted acting this side of the late Leslie Nielsen. Every actor is an over-the-top caricature of some vapid stereotype. There’s the nerd, the bubble-headed bleach blond, the surfer dude, etc.

I was shocked to see that two of the actors were people I’d heard of. One was Michael Madsen, famous for roles in “Reservoir Dogs,” and “Kill Bill.” The other was Rachel Hunter, famous for rolls with her ex-husband, singer Rod Stewart.

Their appearances have me hoping there’ll be some celebrity cache to appearing in the films and soon we’ll see Ben Kingsley and Meryl Streep in some future production about the unholy mingling of giraffes and kangaroos: “Giraffaroo!”

What’s odd is the sci-fi films are helping me overcome some very real world fears of my own. Like snakes, for instance.

I hate ‘em. I love living in the woods, but used to be paralyzed by fear knowing that my dainty loved ones and I have to share the habitat with things like copperheads and rattlers.

If confronted by a coiled copperhead in our woods, I’ll glare at it and say, “Ha! You call yourself a snake! Well, let me show you a real snake!”

And, no, I won’t be dropping my pants. Not on your life.

Not as long as my DVR still has a clip that shows Piranhaconda, the fish/snake hybrid that humbles all it doesn’t devour.