Our wills, our ways; prayers for Oklahoma 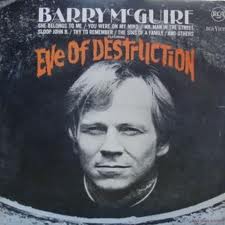 (661 words)
Val and I are in the process of updating our wills. All we have to do is sign them.

The attorney who’s doing them is our friend Chuck. I see him practically every day at The Pond for either lunch or Happy Hour drinks.

So now after about a month of the documents gathering dust in his office, he’s starting to hound me about coming in to take care of business.

What’s the rush, I say. It’s not like we’re going to die today or tomorrow.

I wonder how many people in Oklahoma woke up feeling similarly arrogant about their mortality yesterday morning.

For all its many splendors, this life is often just a horrendous crap shoot.

I was watching the news last night as our 12-year-old daughter was away at a two-night all-class school camp. She called at 9 p.m. begging us to come get her. She’s never once been away overnight without either me or her mother.

I resist the urge to get in my car to break the land speed record to come and rescue her from having to endure even a single night without coddling.

I go to bed praying she’ll make it through a difficulty that seems silly to world-weary adults, but momentous to young children who’ve known nothing but love. I worry bullies might detect her tears and target her for teasing.

Many parents in Oklahoma today would, I’m sure, envy my trivial concerns.

The tornado’s complete demolition of elementary schools is striking.

We have in the last year done much to fortify our elementary schools against monsters who come to kill. We pray to God He’ll keep our children safe in places we send our children.

I hear stricken Oklahomans saying the destruction is simply God’s will. I wonder where they get the faith.

I wonder if I’m praying to the right God.

I remind myself of the need to get to Chuck’s to tidy up a different kind of will, one imbued with many god-like declarations.

If, God forbid, we die tomorrow, our wills will instruct responsible executors about the division of our possessions and where and with whom our children will reside so they will be raised with requisite love and wisdom. Given the daily drumbeat of gloom, it all seems so pretentiously assured.

More and more it seems like earth’s anthem should be “Eve of Destruction.”

Throw in a gargantuan dose of climate change that unleashes monster storms in New Jersey and Oklahoma and 48-years-later it still plays like an Auto-Tune version of the nightly news.

I wonder how anyone will ever want to live again in a place that’s been so thoroughly scoured by wind that even the debris is in another zip code.

I wonder how parents who kissed their children goodbye for the last time can ever go on.

I wonder how orphaned elementary school kids will endure this world without primary love.

I think how tonight it’s again essential for all of us to hug our young children even tighter than we did the day before.

It’s something Val and I cannot with our first born do.

See, we’re leaving Josie at camp a second night and challenging her to defy biological imperatives and in essence grow a pair.

We’re hoping she’ll come back wiser and more worldly, and with the understanding that for most of us life is a series of challenges we can either overcome or let defeat us.

It’s something we all need to remember as we make our way through this often cruel world where we seem to be forever at the mercy of the worst of the wolves and the weather.

I guess moving forward is just a matter of finding the will.

I cry, I fart; more thoughts on Newtown

How old will you be in heaven?
Posted by Chris Rodell at 3:09 PM

Email ThisBlogThis!Share to TwitterShare to FacebookShare to Pinterest
Labels: Eve of Destruction 2013, getting your will done, life's challenges, The Pond, updating your will