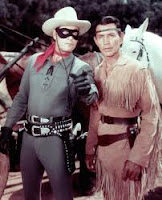 Who’d have figured? Today’s most famous celebrity break-up doesn’t involve shiny Hollywood starlets, but a professional golfer who hasn’t won since 2009 and the guy who toted his golf sticks.

As is required in any TMZ break-up, the two men were passionate lovers.

Not of each other.

After enriching him for 12 years to the tune of more than $10 million, Tiger Woods decided he needed another caddie and fired Stevie Williams, who is to surly what Hershey is to sweet.

Meanwhile, the rest of the world is asking, Stevie, just who the hell are you?

I guess the best way to answer that question is he’s what you’d get if you combined Tonto with Paulie Walnuts, the sidewalled thug who used to whack all Tony Soprano’s real and perceived enemies.

And like Paulie to Tony, he was a numbskulled goon. He’s wrestled cameras from countless photographers whose trigger fingers he deemed too itchy (one belonging to an off-duty policeman), and threw one fan’s $7,000 camera into a pond.

He called Phil Mickelson, one of the game’s truly nice guys, a word the newspapers deemed unworthy of proper publication (out of my respect for my newspaper background, I’ll not repeat the slur. Hint: it starts with a “p” and ends with a “rick”).

He’d glare at anyone who’d so much as dare extend a pen and paper or a warm handshake in Tiger’s direction.

“He ain't there to talk to every Tom, Dick and Harry at the course each day,” Williams said. “He's there to work. And to win. And if anybody doesn't like it, that's their problem."

He was saying Tiger cared only about winning (we soon learned in sensational fashion winning wasn’t all Tiger cared about).

“I’m extremely disappointed, given all I’ve been through the past 18 months,” he says, referring to Tiger’s myriad scandals, injuries, swing changes and what for him is an interminable losing streak.

“You could say I’ve wasted the last two years of my life.”

If that’s the way he feels, it’s actually worse than that.

This is a man of considerable means, a married father. He lives in New Zealand, a land I know virtually nothing about, but I can’t believe it would be as easy to blow $10 million there than a less remote land like, say, Old Zealand, wherever the hell that is.

Most of us dream of having money so we could spend more time enjoying our families, our friends and our pastimes.

I contend the years he spent with Tiger were the ones he wasted.

Together, the pair won 13 major championships, 72 professional tournaments and nearly $1 billion in earnings.

I wonder why it is I look at both and feel like using a judgmental word my newspaper background makes me uncomfortable using without two on-the record sources.