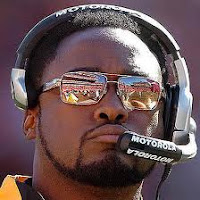 I guess I can’t blame her for thinking the worst. I was sitting alone in the parking lot outside the bar with the windows rolled down. I had to keep wiping my forehead with my arm to keep the sweat from dripping on my keyboard.

My face, I’m sure, bore the pained expression it gets whenever I’m trying to muster what Moe calls “real thinkin’.”

“You’re not doin' something dirty, are you?”

She works in the kitchen at the bar that’s just beneath my internet-free office on the second floor.

It’s a question that deserves a lie. I’m sure if I said, “Why, yes!” she might have shucked her apron and dove in through the passenger window for a lewd little siesta.

But, man, was it hot, too uncomfortable to instigate a sticky scandal.

I haven’t had WiFi in the office for about two years now. But I can pick up a stray signal if I park beside the dumpsters out in the parking lot.

So I go out there after lunch to check e-mails and see if there’s been a titanic lurch toward my forlorn blog’s popularity (in three years, it’s never happened once).

It’s odd having an office above a working man’s bar. Many of my friends there drive trucks or work in factories. Many of them can not fathom someone earning a living writing stories.

Heck, my wife can’t fathom it either. I have trouble believing it myself.

Don’t get me wrong. I’m not seeking pity. In fact, it’s kind of a boast.

I drink a lot of beer and they don’t give the suds away for free. Working for beer money is far superior to working for peanuts (those’ll cost you here, too).

I figure about 51 percent of the people in the bar like me because I have a sunny disposition, buy the occasional round and finally stopped trying to impress everyone by conducting loud, make-believe cell phone conversations with imaginary sources like pretend Bill Clinton and pretend Mike Tomlin.

Get busted for that once and, geez, they never let you forget it.

I guess, for them, that sort of makes me their bar wife.

That’s perfectly fine with me. Many of these men are probably packing heat and being ignored these days is safer than being noticed.

That leaves the two percent, 1 percent of which just was trying to discreetly peek into my car to detect if I was wearing pants.

We’re friendly but she has no idea what to make of me, and all she knows about computers is perverts use them to do dirty things in parking lots.

Maybe I should get a telecommunications sign to put on the side of my Saturn. Maybe then people wouldn’t think it’s odd for me to sit in there in the parking lot typing away while everyone else is working.

Or maybe I should try and find a job.

But getting a job sounds like, well, a lot of work.

I’d guess I’d rather just keep scraping by and hoping something good some day falls into my lap.

Just about every time my fingers hit the keyboard.