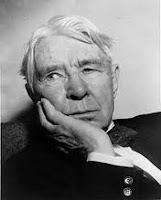 I had an alarming thought when I read the mission of the Space Shuttle Atlantis was to bring supplies to the International Space Station.

What if they’ve run out of toilet paper?

“Just try and hold it, Mikhail! It’ll just be another day!”

I can only hope they weren’t serving Mexican last night.

Try as I might I have been unable to find a complete manifest of the supplies they’re bringing. I have to imagine toilet paper would be included.

But what kind of toilet paper? And I’m not talking Cottonelle, White Cloud or Charmin. I talking about what’s bound to be hi-tech TP.

How will future toilet paper differ from current earth rolls?

Will there even be rolls at all? Probably not. That will disappoint me.

I’ve for years enforced a custom in our house that whenever a roll is finished the last user must remove the cardboard from the wall holder and toot -- Doo! Da! Da! Doo! Doo! DOOOO!” -- to trumpet the news a fresh roll is required.

It’s a joyful sound and the kids have so much fun with it I feel glad I didn’t decide “Taps,” also fitting, be played instead.

The thought reminded me of the great American poet Carl Sandburg (1878-1964) who during the darkest days of the Cold War was asked by an earnest student at an august symposium what this great thinker would consider foremost for stocking a fall out shelter.

I understand it was an electric moment. Many were outraged. But I’ll bet just as many ran home to their basement bunkers and started swapping out big cans of baked beans for empty containers with really tight lids.

We know hardly anything about what’s going on in the International Space Station, which has been circling our heads 16 times a day since 1998.

I guess they’re busy, but how could you tell?

A busy scientist is a person with his or her right eye slammed shut tight while the left eye squints into a microscope.

There’s now been an uninterrupted human presence in space for 10 years and 248 days. In that time, 197 different humans have been on board.

If there’s been any compelling stories stemming from the $100 billion adventure I’ve not heard them.

There’s been no romance, no passion, no feuds, no fun.

The microbes they study seem to have more interesting lives.

If I were on board I’d be stir crazy and longing for something more vital than freeze dried salisbury steaks, spare parts, and all the sundry supplies we need for our daily doings.

I’d be longing for a goofball.

I’d beg NASA to send me someone who can quote lines from Rodney Dangerfield’s “Back To School,” someone who’d think smuggling cigars on board was neither inappropriate nor dangerous, someone who’d have trouble sharing the plots of the latest “Messin’ with Bigfoot” ads without cracking up.

Send me one guy to liven up the dying space program and let the earthlings know this is an otherworldly adventure that should be captivating the entire planet.

And make sure he brings a pizza. I’m sure I'd be craving one of those, too.

Tell him to be a fool every so often

And to have no shame over having ever been a fool

Yet learning something over every folly