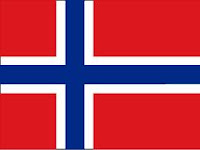 Well, I suppose all the patriots can feel a little bit better about themselves now that the tree of liberty has once again been refreshed by the blood of tyrants, this time about 76 Norwegians, most of them children.

And they, as we’ve seen once again, have the intent, the rhetoric and the lethal hardware to make things really, really unpleasant for those who don’t share their views.

Acting on the inspiration of websites like the soon-to-be-famous jihadwatch.org, accused killer Anders Behring Breivik told police the attack was “gruesome,” but “necessary.”

It sounds like the same explanation we heard 17 years ago from Tim McVeigh, the right wing Oklahoma City bomber who was Tea Party before Tea Party was cool.

His 1,500-page manifesto makes it clear Breivik hates immigrants, Muslims, inter-racial mingling and political correctness. I’ve yet to read mention of it, but it’s likely he hates those little energy efficient light bulbs, too.

Breivik took it upon himself to instigate a cultural revolution he hopes will purge Europe of all Muslims and punish live-and-let-live social appeasers (like me) who contribute to “cultural suicide.”

He makes it clear he’d be more comfortable if he could return the world to what it was like in the 50s.

If anyone was craving some Chinese take-out we’d have to order it from Beijing.

It’s all there in his manifesto.

Far be it for me to complain about anyone who writes long, rambling passages that go unread by all but handfuls of the cubically incarcerated, but why is it the only people famous for writing manifestos always seem consumed with killing?

They write about their hatreds, their resentments and how the bloodshed they’re about to inflict will rejuvenate the world to their righteous views.

Breivik sees it as a divine calling.

All that’s missing is confirmation he was acting on God’s orders.

Although it’s never a mitigating factor in any of the eventual homicide trials, God tells a lot of far right Christian crusaders there are plenty of people who need killing.

It’d be nice if all the people God told to hug someone that needed it made the news once in a while.

Maybe that should be a cornerstone of my manifesto. It would be full of stuff that would change the world.

For instance: The only ones who’d be permitted by law to work more than seven months a year would be the ones running all the ice cream stands.

If we saw someone driving like a maniac, instead of getting enraged at the reckless incivility, we’d all pull over assuming the driver was on the way to the hospital to help deliver triplets.

It would call for more hammocks and more time to enjoy them.

TVs would still be big and hi-def, but there’d only about 40 channels.

It would be a manifesto that at its heart -- and it would have a whole lot of that -- would be more about hugs than hate.

I wish my arms were big enough to hug away all the hurt of the people for whom the world right now seems so wrong.

I’d start with the 5 million over in Norway.

Breivik sees it as a divine calling, God tells a lot of far right Christian crusaders there are plenty of people who need killing, etc.

From what I've read you're mischaracterizing the religious angle. The (generally excellent) site www.getreligion.org (which watches accuracy in media reports on religion) reports that Breivik was motivated by conservative nationalism, not Christian fundamentalism.

In Breivik's own words:

Regarding my personal relationship with God, I guess I’m not an excessively religious man. I am first and foremost a man of logic. However, I am a supporter of a monocultural Christian Europe.

I accidentally viewed your blog and I was so amazed with your work that it touched the deepness of my heart and it made me sentimental. Thanks for posting. Visit my site to buy mintohotel replica watches