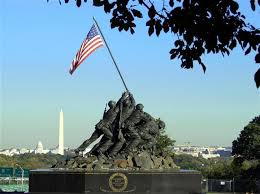 I remember being flattered my spring semester sophomore year when my history professor asked me to tutor a fellow student who was having trouble.
She was a local Athens girl, a farmer’s daughter and pretty. She wasn’t stupid. A junior, she’d just gotten confused by the tumult of the 20th century American history and needed someone to explain the complications.
I minored in history and the professor must have sensed I could offer insightful help.
We’d sit on the front porch at the rickety place I used to live and I’d explain to her all the shifting alliances and how America sailed the often turbulent seas of war and diplomacy.
I remember her asking a question that struck me as sweetly naive.
“Did World War II ever end?”
I told her yes, it did, but I could see why she’d think it hadn’t. I told her that we were engaged in a proxy war with the Soviet Union. I said it was ideological and that battles were always raging around the planet in one place or another and that war seemed to be an inevitable part of the human condition.
Then we made out.
It was great. Really, I don’t know why I didn’t right there declare an end to my writing ambitions and pursue becoming a history professor.
I remain fascinated by history, an interest I impart on my daughters. But sorting it out is as confusing now as it was then, so here’s a helpful guide based on some of the questions about wars past and present I’ve recently discussed with my youngsters:

KIDS: Who started World War I?
DADDY: It’s complicated, but the Germans had a lot to do with it.

K: Are Germans bad?
D: At times over the past 100 years, no one on the planet has acted with more pure evil than Germans.

K: Isn’t mommy’s family German?
D: Yes, but try not to read too much into that.

K: Are the Japanese evil?
D: At times over the past 100 years, no one on the planet has acted with more pure evil than the Japanese.

K: Do we still hate the Germans and the Japanese?
D: No, we’re international BFFs.

K: How’d that happen?
D: Our leaders decided after the WWII that a generous peace made more sense than the spiteful kind imposed on Germany after World War I. Plus, we found someone new to hate.

K: What’d they do?
D: They became friendly with the Germans during World War II.

K: Ooh, that was bad.
D: Yes, but then they decided they didn’t like each other and went to war against each other right in the middle of World War II.

K: What happened then?
D: We became fond of the Russians because they were helping us kill Germans.

K: When did we stop liking the Russians?
D: Almost immediately after the Germans cried uncle.

K: What happened next?
D: The godless Russians became our most bitter enemy for the next 50 years.

K: Wow. That must have been a really terrible war.
D: No, we never fought.

K: Whew.
D: Yes, in a way, it was a relief. It was called The Cold War because America and Russia never really went at it. Instead, we encouraged smaller countries around the world to do the fighting for us.

K: Was that good?
D: It was unless you lived in places like Korea or Vietnam.

K: What about all this killing going on in Paris?
D: Well, that all stems from wars going on in the Middle East and it’s a bit more complicated than all that other stuff.

K: Can you give us the simple version?
D: I’ll try … a group that calls itself the Islamic State killed a bunch of people in Paris because they mistakenly believe they can scare everyone into bending to their medieval ways. They started a religious war in Syria where revolutionaries tried to depose Bashar Al-Assad for his cruel rulership. ISIL is like al-Qaeda in their violence, but ISIL and al-Qaeda hate each other almost as much as they hate innocent Parisians. These bad al-Qaeda guys rose to prominence for the 9/11 attacks that killed 3,000 Americans. They were in Afghanistan so went there to kill them, but we decided we also needed to go to war in Iraq because rigged intelligence convinced the bone-headed neocons Saddam Hussein made a sporting target. We’d previously been to war with Hussein, a bloody butcher, in the 1990s, about eight years after we were cheerleading Hussein, the same bloody butcher, in his war with Iran which even though it’s spelled almost like Iraq and they’re neighbors have had historic trouble getting along. Now the war is spreading to Lebanon where Hezbollah is eager to de-stabilize the government in the hopes it’ll lead to more authority in the West Bank and the Palestinian territories where the United Nations in 1948 created a Jewish state to preserve the future of the people the Germans tried to annihilate in Europe, but whose imposed presence has now for nearly 70 years infuriated people in Egypt, Syria, Iran, Iraq and other gulf states for years enriched by oil money. And now it looks like the people of the United States, Russia, Germany, France, Japan, Great Britain and other nations where people enjoy things like secular liberty, ice cream and Muppet movies are going to get together to kill all the bastards before they can kill all of us.

K: And where exactly is all this happening?
D: In the land where God sent Jesus to announce peace on earth, goodwill toward men.

K: Didn't you once say the most evil organization on the planet was the New England Patriots?
D: I did.

K: Is that no longer true?
D: It remains factual, but our priorities are under a necessary shift. We have some business to take care of, but I promise we’ll one day get back to when bringing down the Patriots again needs emphasizing.