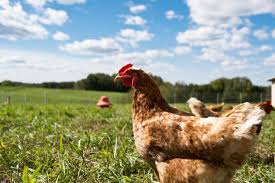 I didn’t expect when I entered the local post office yesterday I’d depart with a fresh brain barnacle, something I’ll remember for as long as I live.
A brain barnacle is useless trivia that a lobotomizing power sprayer could not scrub from your cranium.
Here it is:
It costs $234.12 to mail three live chickens to Texas.
I didn’t know you could mail live chickens.
And I had no idea Texas was so short of live chickens they’d need to import Pennsylvania spares. We should throw in a pigeon or two with every purchase. We have plenty of them, too.
I know Texas has plenty of enough surplus jackasses for export.
They keep running them for president.
But chickens?
I wasn’t in too big a hurry when I walked into the small town post office, but the woman in front of me was taking so long my feathers started to get ruffled.
Then I noticed the “LIVE CHICKENS” printed on the air-holed boxes — they looked like shoe boxes with steeples —and realized she was, indeed, mailing ruffled feathers.
I asked if they were really live chickens.
“They sure are,” said the woman, a pleasant middle-aged hippie sort of chick — and I say “chick” in the informal female human sense.
She wasn’t a big bird.
I had no idea you could mail a live chicken.
Remember, I’m somewhat of an expert on mailing offbeat things.
It goes back to when I was doing National Enquirer stories and was assigned one that ran under the headline: “The post office really DOES deliver! They’ll mail anything!”
I was part of a team of reporters who stamped and addressed various oddball items and sent them around the country. Items included false teeth, rubber snakes, a hula hoop and a big bag of goo.
Understand, none of the items were boxed. We put the address right on the item. I sent the false teeth to my grandfather in DuBois with the address written right on the gums.
It was a fun stunt and all the items made it safe and sound — and by sound I mean including the kazoo I sent to a friend in Athens, Ohio.
But none of the Enquirer editors ever dreamed of trying to mail a live chicken — and these people were truly thinking outside the box.
The envelope, too.
“I’ve mailed some to Alaska,” she said. “We send them all around the country. They’re good for both meat and egg. Business is good.”
At this point, I’m a volcano of enthusiastic curiosity. I want to tell her I’m a writer and she and her mail-order chickens are going to be the subject of my next four books.
I had so many questions.
How does she ensure they’ll survive when I’ve sent beach postcards that get mangled? Will the Texas-bound chickens get homesick for people who say “yinz?” Will she go visit them? Will they either poop or lay eggs in the box?
And what makes these chickens, raised right here in my backyard, so special?
It, to me, is incredible. Yard bird are maybe our most pedestrian creature.
It makes me feel like a failure as a parent that no Texans have ever called to try and buy either of our daughters.
Yet here was an enterprising woman who’d convinced distant strangers that our western Pennsylvania chickens were worth the trouble to jet flightless fowl clear across the continent.
Knowing we Pennsylvanians raise chickens so refined and desirable almost makes up for the fact that the rest of the nation blames us for raising all those bratty Gosselin kids.
Honest, I had to resist the urge to tackle her as she hustled out the door. I figured, correctly, my internet search for answers would be in vain.
And now if I never see her again it’ll forever haunt me. Because I’ll never know the answer to the one question I was really dying to ask.
Has she ever tried to mail a cow?