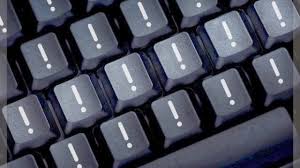 (605 words)
Did you know keyboards prior to 1970 didn’t even include an exclamation point? Before that you had to type a period, backspace and then type an apostrophe above the period to make “!”