Crowded cupboards & what Paris has to do with it 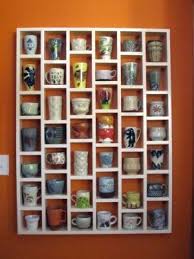 We have eight functional cupboards in our kitchen but only one of them devoted to boards with cups.
It's the one above the dish washer. It has three shelves upon which rest 78 cups, mugs, wine and beer glasses and assorted stacked kiddie plastic vessels emblazoned with promotional messages from restaurants like Eat ’n’ Park and Disney franchises like “High School Musical.”
That’s right, 78.
For perspective, there are just four human mouths in our home. That means we could each use 19.5 glasses, cups or mugs until we’d need to run the dishwasher, which we’d need to do three consecutive times.
It strikes me as excessive.
I think this every time I unload the dishwasher and need to safely return sparkling clean items back among the treacherous maze without causing the entire collection to come crashing down on my head.
I’ve argued we could simplify our lives if we each had just have one favorite and maybe a backup.
It’s an argument I know I’ll never win.
The young girls become attached to their favorites.
It’ll take us moving out of state and them having to decide which is worthy of strenuous relocation for them to shed their sentimentality.
I tell them it’s doubtful any archeologist in the year 16,015 will discover any of them and say, gee, this is a significant find.
“Let’s put this olive green one in a national museum so scholars will know at one time in what was then known as southwestern Pennsylvania there existed a tribe of people who apparently worshipped a creature they called Shrek!”
At times like that they loath being the daughter of a man so radically rational.
So many cups. So many sizes.
People tend to forget the measuring unit “cup” became the standard centuries ago when it was agreed upon that 8 fluid ounces was sufficient refreshment for thirsty guzzlers.
A cup of coffee was originally and for decades sized one cup.
Today, Starbucks offers the 30-ounce Trenta “cups.”
The human bladder can comfortably hold 16-ounces of beverage.
Of course, Starbucks are pikers compared to 7-Eleven.
Next year will be the 40th anniversary of the chain’s introduction of the 32-ounce Big Gulp. In the intervening years it has brought forth the 64 ounce “Double Gulp” and the 128 once “Team Gulp.”
You could bathe a dog in one of those.
Given the trajectory, I anticipate it’ll be sometime in 2019 when they announce they’re offering 711-ounce containers, a promotion that’ll force the auto industry to reconfigure what are erroneously called cup holders so they’ll be big enough to accommodate your standard beer keg.
In my pointless research I was doing on the topic — can you believe this shit is actually researched? — I idly wondered about the oldest cup in mankind’s history.
The answer surprised me.
It’s where you wear your hat.
Yes, the oldest cup is the human skull from about 14,000 BC. It was removed from a vanquished foe and modified as a trophy drinking vessel.
Combatants would enter into a kill-or-be-killed battle and fight to the last man standing.
Or stooping.
It’s my understanding ancient homo sapien postures from back then had yet to achieve spinal erection.
The victor would then sever the head of the vanquished, scoop out the noodles and say something like, “Let that be a lesson to anyone who dares think he can use my lawn mower without bothering to replenish the gas!”
Now, that’s some mushy sentiment even I can understand.
I can think of a few skull cups from which I’d like to sip today.
I think that’s the level of barbarity to which we’ve descended.
It’s appalling.
It feels like we’ve known nothing but war for 14 years.
Well, war and Deflate-gate.
The cups I have outnumber the sensible solutions by 78 to zero.
But today I take one of them and in sadness and solidarity raise it to Paris.

Related . . .
Boston: I read the news today, oh, boy . . .
How old will you be in heaven?
I cry, I fart; thoughts on Newtown
Making bad days better
World Cup teams should be religious fanatics