RRS: The true story of the Pilgrim turkey rapist 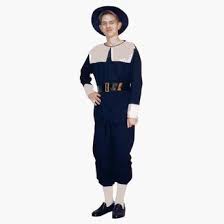 I’m eager to watch the Ric Burns documentary, “The Pilgrims,” on PBS Thursday evening. They say it’s a dark take on the first Thanksgiving that includes famine, intolerance, beheadings — nothing at all like the Charlie Brown Thanksgiving being shown at the same time on ABC.
I’ll watch the dark version in the hopes it’ll relate the tale of the Pilgrim turkey rapist.
I wrote about America’s first true animal love in 2012.