I am America's drinking buddy 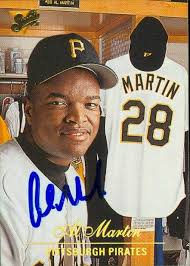 I’ve been surprised by the surge of people who’ve approached me urgently wanting to know where I’m going to be drinking now that Pond’s re-opening is here.
Am I going to continue frequenting the Tin Lizzy?
Or will I return to The Pond?
I was flattered my recreational time was of such pressing interest to so many people.
Then I had a troubling thought:
What if they were only interested in learning where I was going to drink so they could safely go to the other place?
Couldn’t be.
I’m America’s drinking buddy!
This dawned on me just last week when the bartender kept adding to my freebie inebriation.
“Stick around! Have another. It’s on me!”
If I had a free beer for every time I heard some bartender say that …
It’s always been that way. A neighborhood pub has been my natural habitat since about the 5th grade.
If it's true impairment begins with the first drink then I've been impaired since 1978.

I’m just perfectly comfortable in any dark tavern with a good jukebox and chatty loafers. I prefer cheerful bartenders but will certainly settle for surly.
It’s not so much that I love to drink, but I’ve always loved the people who do. So many of them are funny, opinionated, bombastic, prone to mood swings — the whole range of human emotions. And they’re surprisingly good listeners.
And I don’t just mean the ones who’ve fallen sound asleep on the bar.
For instance, I can tell a drunk guy the same joke five times on the same night and he’ll still each time laugh his head off like it’s the funniest thing he’s ever heard.
It doesn’t work like that with your wife.
A good tavern is just home to so much humanity. I think the more solitary time I spend writing the more I crave raucous free time alternatives.
I was explaining all this to my 23-year-old nephew, whom I adore and always have even when he was 6 and self-righteously assuring me and my tipsy father that drinking was going to kill us and send our souls to perdition, which I suppose is in a dry Bible Belt county run by satanic teetotalers.
My nephew was raised by fundamentalist religious fanatics who at an early age burned into his brain sanctimonious sermons about the evils of Demon Rum and, I guess recalling my late father’s preferences, Pabst Blue Ribbon.
Silly boy.
He didn’t realize then that everyone’s going to die.
It’s how you live that matters.
Sure, strong drink destroys a lot of families.
So does religious fanaticism.
I was happy all these years later to be sitting with that same kid Saturday afternoon in the Tin Lizzy, sharing some beers, and laughing about how he’d been misled.
I told him I like to think in this one regard I’m like Winston Churchill, a legendary imbiber whose drinking was often criticized by nitpickers who failed to appreciate he was the man who saved the free world from Adolph Hitler and was maybe the most interesting human being since Jesus.
“You never mind about my drinking,” Churchill said. “I’ve taken more out of alcohol than it’ll ever take out of me.”
Some will say he lived to be 90 years old.
They have it backwards.
He lived 90 years.
So the re-opening of The Pond puts me in a bind. The new owners are very nice and are attentive to the bar’s Latrobe legacy.
But I’ve fallen in love with the Tin Lizzy. They treat me great and it’s so much fun being here in this quirky old building.
Where will I drink?
The answer I think lies in a less likely role model than Churchill.
He’s Al Martin.
He played outfield for the Pittsburgh Pirates from 1992-99.
Lots of guys did that, many more effectively than the underachieving Martin. But when it was said Martin played the field, man, he really played the field.
He made the news in 2000 when it was revealed he had not one but two families living in Scottsdale just seven miles from one another. You’d think his wives would have met in the PTA.
The Pond and the Tin Lizzy are just one mile apart!
I know it’s inevitable that if I miss a Friday at one I’m going to hear about it.
Area drinkers are demanding to know where my loyalties lie. Well, here you go:
Here and there!
I’m going to try and split my time between all my convivial friends.
Yes, America’s drinking buddy is going to be Latrobe’s bar polygamist.
I do so because I have a drive to support these great local businesses and to do my part to combat the silly demonization some feel towards places where I’ve always felt so much soulful serenity.
It’s a mission, a quest, a calling.
Let’s just call it a thirst.

Related . . .
Jaffre’s opens today at the Tin Lizzy!
My new office!
I’m lovin’ cornhole! Who wants to join me?
I’m being evicted from The Pond

The Pond’s new bartender debut … Me!