I speak & understanding the power of the pause 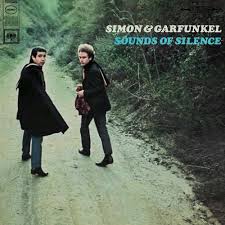 I’ve gone in just one year from speaking to 10 members of the Butler Rotary Club to successfully keynoting state associations with more than 250 enthusiasts.
The trajectory has me egotistically concluding I’ll by 2018 be invited to address the United Nation’s general assembly of the global benefits of using all the crayons.
And there can be no denying it will be wildly beneficial.
For me, at least.
I’m speaking today before the Westmoreland County Chamber of Commerce at Carbone’s Restaurant. Next week it’s the Middle Pennsylvania Meeting Professionals International at Kalahari Resorts in the Poconos.
And my recent decision to join a national speakers organization already is bearing fruit. I’m under short-list consideration for high-profile — for me — 2016 keynotes in Wisconsin, Nebraska and North Carolina, all results from just one leisurely day of applications.
All this makes me confident that 2016 will be my year.
Of course, I’ve been saying that every year since 1992, so don’t hold your breath.
But this year could be different because recent events have bestowed me with something I’ve never had before.
I now have a profound understanding of the sublime power of the sound of silence.
This is not to be confused with the ’64 Simon & Garfunkel song, “The Sound of Silence,” which, while a catchy tune, has always to me been 3 minutes and 4 seconds of titular deception.
No, I’m talking about pure silence. The utter absence of noise. Audio nothingness.
What folk rocker Todd Snider calls “music’s original alternative.”
Its power became apparent to me after my recent hour-long talk to the Pennsylvania Restaurant & Lodging Association. It was very well-received and afterwards an attendee came up and charmed me with a compliment that stuck.
“You were great,” he said. “I loved what you had to say, but my favorite parts were when you said nothing at all.”
I’m used to hearing similar sentiments from my daughters, but that’s not what he meant.
He was talking about the interminable tension-filled seconds where I refuse to continue until I’m absolutely sure everyone in the room gets the joke.
It can be terrifying. You think you’re bombing. But when the laughter begins to bubble up, it’s very satisfying. I was unaware I’d been doing that until the man pointed it out.
Now, it’s my intention to begin exploiting it.
You see, keynoting is not at all like writing magazine stories. For that pay is by the word. A typical magazine assignment pays, let’s say, $1.50 a word for 1,500 words. It’s all laid out in the assignment contract.
If I write just 1,000 words, I don’t get paid. It’s as simple as that.
It’s not like that at all with these speaking engagements.
The contracts for those specify I’ll be paid a princely sum for one hour on stage.
But they don’t say what I have to do on stage.
It’s for me a dream loop hole.
The more deliberate and extended pauses I build into my paid presentations, the less work I have to do!
I’ve always admired Mark Twain for doing something similar. One of his bios said Twain would take the stage in front of a huge audience . . . and just stand there.
The reactions were initially excruciating.
He’d just stand there and awkwardly look around. He’d look at his shoes. He’d look at the audience. He’d look back at his shoes. The audience would lean forward when it looked like he was on the verge of verbalization.
Then he’d again look at his shoes.
Finally some nervous laughter would begin to ripple. Then more. It grew. And grew. Eventually, the auditorium would shake with laughter as everyone began to realize they were all in on the joke.
Ah, the peerless Mark Twain. It’s sometimes more fun to read about him, than to read him.
But with him as a polestar and with the encouragement of recent reactions, my path is clear.
I’m going to try and succeed as the world’s first speechless speaker.
I’m now on a bucket-list mission to get paid to say nothing for an entire hour.
It’ll be the sound of silence equivalent to coloring with invisible crayons.

Related . . .
My compliments: My day with the PR&LA
Greatest American speeches and why mine’s better
On the road again: My Western PA Rotarian Tour rocks!
How I became a PROSEtitute


I speak: some laugh, some cry, some snooze

Email ThisBlogThis!Share to TwitterShare to FacebookShare to Pinterest
Labels: Chris Rodell, Mark Twain, Sound of Silence, speaking techniques, Use All The Crayons