The tweet that cost me a sensitive old buddy 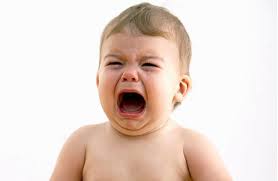 Guess which incendiary @8days2Amish tweet cost me the Facebook friendship of a kid I’ve known for 30 years!

• I wonder if there’s graffiti on the outside walls by the pearly gates and if it says things like, “Angels suck!” and “Satan No. 1!”

• NASA plans asteroid killer to save the world. Don't they know they'll be saving our enemies, too?

• Anytime you hear news of anyone dying suddenly, it ought to reinforce the urgency of every moment of every day living suddenly. #Umpqua

• I wonder if Lazarus had siblings who resented it when his parents celebrated two birthdays each year for their every one.

• Today’s one of those days I wish I had discipline to avoid the news  binge watch in 20 years to see how it all ends.

• When I hear someone described as being "as honest as the day is long," I wonder if compliment holds the same currency above Arctic Circle.

• When people ask why I consider myself visionary, I say I can envision a day when all our nipples are rectangular.

• It just dawned on me: there'll probably never be another picture of me taken without my shirt on. You're welcome.

• Relying on products called SHAMpoo and CONditioner to look this good makes me feel like I'm being swindled.

• Reports say Carson a bungler who left sponges in brains. Is that bad? Me, I wish my brain were more sponge-like.

• I wonder if internet creators said, "There, now no one will ever be able to argue over facts ever again.”

• Is it awkward anytime you invite a stand-up guy to a sit down?

• I wonder if clever HVAC men ever entertain themselves at conduit installations by asking, "Tubey or not tubey?”

• Because I'm an optimist about my longevity,  I will henceforth list my age with a prefacing zero: i.e., 052

• Someday I hope I'm as happy as the gals in the hair commercials. They make having really great hair solves all the world's problems.

• Heading to the funeral of the late, great Angelo Cammarata and wondering if a selfie with my friend in the casket would be inappropriate.

• If Cheap Trick had recorded during Biblical times, "I Want You to Want Me," would be "I Covet You to Covet Me.”

• What the plastic surgeons won't tell you: Smiles are facelifts, too!

• Most of life's greatest frustrations stem for our demanding perfection from those incapable of delivering mere competence.

• Because of enduring confusion over which is which, I propose we rename Vermont "6," and New Hampshire "9."

• I plan on devoting tomorrow to conducting comprehensive study on marketing breath mints. I'll call it, "The Tactics of Tic Tacs.”

• If you believe the world's a mess and God is truly our Father, wouldn't you like to hear what Dr. Phil has to say to Him?

• I’m feeling conflicted. I despise bullies, yet long to have a bully pulpit.

• It’d be fun to be scorekeeper the day a dung beetle and a piss ant get into a "You think you're better than me?" contest.

• A Fab Four tribute band named "The Dung Beatles" is bound to be really shitty.

• What kind of trouser adjustments are needed for pants wearing folks to live in a no-fly zone?

• I’m thinking of changing my pic to a baby shot, but not my baby shot. Like a really beautiful baby. Like baby Rachel McAdams. Who'd know?

• Anyone who says, "Revenge is a dish best served cold," fails to appreciate ensuing gridlock if Revenge had a drive-thru window.

• I believe our homeless problems will one day be vanquished when America becomes more ingenious about what to do with discarded pizza boxes.

• Playboy’s rash decision to stop showing nude women is an about face from a magazine that’s never really been about face.

• The No. 2 pencil is the Seal Team 6 of writing instruments. It gets all the attention and can't understand why it's not No. 1.

• There ought to be a game show that pits fundamentalist Christians against liberal agnostics: "Covet or Shove it?”

• People who ask if I'm disappointed writing doesn't earn more money don't get it. I'd pay to do what I do.

• Where would the people who know you best send your soul: heaven or hell? I hope mine would compromise. New Orleans!

• My wife would be more receptive to my amorous overtures if I didn't insist she conclude each coupling by dumping a big bucket of Gatorade on my head.

• Told daughter if she thinks I look embarrassing in my dad jeans I'll just next time pick her up at school wearing my dad speedo.

• Despite the apparent contradiction, it's entirely possible to make an arch comment about someone with flat feet.

• If my life is judged by having raised two well-adjusted and loving daughters, then my life will be judged a success. Otherwise, I'm screwed.

• I’m pioneering a controversial new parenting technique where I only love the child that's being nicest to me. #CONDITIONALlove

• Global warming will ease when scientists divine a way to get the earth to rotate, not around the poles, but in a rotisserie fashion.

• Divorce rates will plunge when judges have discretion to make especially egregious husbands take maiden names of their ex-wives. #divorce

• There is a distinct difference between having good friends and friends who are good. I invariably wind up with the former.

• Photos of even unpatriotic chefs making soup are often stirring.

• Is it scandalous behavior or just creative use of space to find a funeral director who has skeletons in his/her closet?

• How would match.com profiles differ if men resumed judging women on how good they'd be around a cow?

• I wonder if some fancy branding guru is trying to persuade AT&T that it would look more tech zippy if it were known as @&T.

• Any biz that calls itself shoppe is automatically more charming. Works for everyone: Ice Cream Shoppe, Halliburton Shoppe, Monstanto Shoppe

• What will you do if you get to heaven and learn it has a No Shoes/No Shirt/No Service policy?

• Reason Mick Jagger sometimes seems bitchy is because while he's one of the 10 coolest people on the planet, he's only 3rd coolest Stone.

Yes, that’s right. The one that infuriated an old friend of mine was the “Tubey or not tube” one.

It was the “inherit the wind/Paul Ryan” one.

I post more political stuff on twitter than I do on Facebook. But I thought the “inherit the wind” one was clever and tame enough to share on Facebook without upsetting any sensitive friends. And, heck, the dang thing includes a Bible verse!

Yet, right after I posted it, a Facebook friend I’ve known since high school put “F YOU” in the comment.

I couldn’t believe it. Was he kidding, I asked? No response. Then he unfriended me. It hurt my feelings.

Just how thin-skinned of a partisan do you have to be to blow up over something as philosophically gentle as that?

I can only conclude he’s having a nervous breakdown over his party’s irrational behavior, which is logical. The GOP is a mess right now.

Party honchos are, in fact, asking themselves if they want to continue functioning, nominally, at least, as a national party.

Tubey or not tubey.

If that’s the way you’re going to be, fine.

It’s your party. Cry if you want to.

October ’14 tweets of the month

Lot of right wingers act cocksure of their convictions. Strangely they can turn quickly into whiny ass titty babies with even gentle mocking.

So true. They should rejoice I don't write about politics all the time. Why don't I? Too easy. The party self-satirizes. They don't need me.