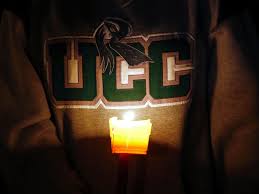 Don’t worry.
I’m not going to be writing about that today.
Don't believe it.
Well, sort of.
Don’t watch TV for the next four days.
The funerals will all be over by then and the news will have marched on.
Don’t be afraid.
The odds of it ever happening to you or someone you love are still long.
Don’t think it couldn’t happen here.
The odds of that plummet exponentially with each fresh horror.
Don’t think it’s unnatural to feel numb.
We all do.
Don’t demonize those with whom you disagree.
It’ll only make finding a solution that much more elusive.
Don’t post anything anti-gun on Facebook.
It’ll only anger the people whose opinions you have no chance of changing.
Don’t post anything pro-gun on Facebook.
It’ll only anger the people whose opinions you have no chance of changing.
Don’t feel we’re under any national obligation to mourn.
It hasn’t helped before.
Don’t say this time things will be different.
They weren’t after Columbine, after Blacksburg, after Sandy Hook, after Aurora, after Charleston, etc. Why would things be any different this time?
Don’t think the answer is to get rid of every gun.
It’s not that simple.
Don’t think the answer is for everyone in America to have a gun.
It’s not that simple.
Don’t try and divine sensible motives for what happens over and over again and again.
They will elude you.
Don’t think prayer will help.
What good’s it done before?
Don’t think it won’t.
What’s it hurt?
Don’t say talking about it is politicizing it.
Trying anything that might lurch us off this paralyzing deadlock should be a national priority.
Don’t feel sheepish about enjoying your weekend and laughing out loud.
Anytime you hear news of anyone dying suddenly, it ought to reinforce the necessity of devoting every moment of every day to always living suddenly.
Don’t let what happened make you sad.
It’s a useless emotion.
Don’t let what happened make you angry.
It won’t help.
Don’t let what happened make you mad.
In America today, we exceed our quota of bloody madness with frightening regularity.
Do try and have a nice day.
The rest of us could really use your inspiration.

Safety lessons from spree killers
Why’d they cancel the ballgame?
I cry, I fart; more on Newtown


Solution to gun violence: one bullet per gun
Posted by Chris Rodell at 10:02 AM

Does anyone remember last week? "Do unto others ..... (Applause) I guess not.

It seemed like such a revelation at the time, didn't it?

Thank YOU! Always great to know you and Susan are reading. I miss you!