Who I'm liking in baseball playoffs (hint: it isn't the Chicago Cubs) 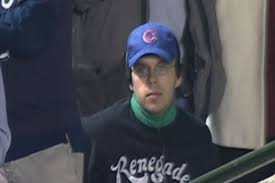 Related . . .
I hate the Chicago Cubs
A rooting fan’s guide to baseball playoffs, ’11
The man Maz made a Communist
Hoping for Game 7 extra-extra innings
Taking pregnant women out to the ol’ ballgame
The Bucs, the Duck & playoff baseball in Pittsburgh