5-star Tweets of the Month 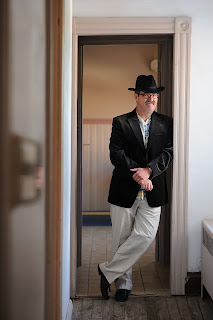 My best twitter month ever? Hard to say, but September was prolific for @8days2Amish. I think that’s because it was so news heavy and I was really plugged in. With Trump rampaging across the GOP primary field and the Pope’s visit, lots of comments were bound to arise. Plus, my new office has wifi. If something popes into my head, I just dash it right off

And, yes, that popes typo was deliberate.

Careful observers will notice, too, that's a new picture above. Had a bunch taken for pending projects. My preening vanity has been stoked.

• Getting out of bed makes me feel like WWI soldier being ordered to vault from trench into No Man’s Land certain to face heroic annihilation.

• Any man who says he is his own worst critic is either delusional or single.

• Told daughter she's growing up too fast and wish she'd just stay 7. She said, "Dad, I'm 9." I told her she's such a disappointment

• As a fan of irony, I'd like to see Roger Goodell announce a face-saving compromise and Brady be so happy he hugs him till his balls deflate

• I woke up today again wondering if the Constitution for Concord grapes begins, "We the purple …"

• Daughter, 9, says my next book should be called, "EAT All the Crayons!" I'm noodling it.

• Given surplus of one and deficit of the other, I imagine when Jesus returns He'll turn California wine into water.

• If fans of Grateful Dead are Deadheads, what does that make those of us who revere Moby Dick?

• Unless you're a disabled pirate or a sympathetic cyclops, you'll never have a chance to see truly eye-to-eye.

• I knew Donald Trump ran beauty pageants. What I didn’t know was he judged them and that we were all contestants.

• This is just a guess, but I'll bet llama farmers refer to llama mothers as mmamas.

• Watching "Frozen." Thinking if I were God, this is the year I'd make every snowflake EXACTLY the same to excite climate change enthusiasts.

• There ought to be a wax museum celebrating the history, manufacture and usage of wax.

• Too many people confuse irony with coincidence. Coincidence is meeting an old friend at a movie. Irony is when a wolf eats a vegetarian.

• What percentage of worshippers who spent up to 10 hours waiting to hear Pope Francis will instigate road rage incident on the way home?

• Can someone -- anyone -- explain to me why the words devil and evil don't rhyme?

• I wonder if Pope Benedict is sitting in some bar watching saturation coverage of successor telling girls, "You know, I used to be pope.”

• Sacrilegious observation about sacred man: If this guy wasn't pope, he'd have no trouble getting laid.

• Are minions uni-racial or are there dark-skinned minions behind some wall built by a Trump-like minion?

• For purposes of general housekeeping and upkeep, I wouldn't want a home where the buffalo roam and the deer and the antelope play.

• It says something about American that there are a plethora of erectile dysfunction ads, yet none proposing cures for the cerebral kind.

• I’ve lived a long time but I've never known anyone who when they were young & their heart was an open book used to say live & let live.

• I wonder if I'd get farther if I stopped calling myself a "writer" and began answering "philosopher" when asked what I do. Pay's about same.

• I take a back seat to no one in regards to Stones fandom, but I can't fathom why anyone who sees a red door would paint it black

• I’m having trouble reconciling the fact in my life I've heard many swan songs, yet have never heard a single swan sing.

• Does anyone know if Turkey has a national bird? Could it be this obvious?

• I hope to reduce afterlife moron population they give each of us a riddle we have to answer before getting into heaven and I pray mine's easy.

• Some words have too many meanings. Like volume (a collection, bulk, strength); or record (recall, an album, etc.) & I'm not touching cock.

• Sometimes when I'm pumping gas and feeling really naughty I remove my credit card really, really slowly. Just to stick it to The Man.