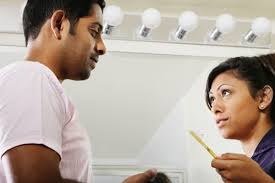 It’s another confounding aspect of human behavior that couples in long, stable and loving relations recoil in disgust at the idea of their partner using the other’s toothbrush.
I don’t get it.
Many of these people have combined to conceive children and — let me tell you, you innocents — there’s a lot more than spit being swapped in that raucous procedure.
Yet, it’s my understanding some couples are absolutely repulsed at the idea of their significant other running, say, her toothbrush over his ivories.
It’s not like they’re using it to tidy up ears or armpits. Now, that’d be gross.
I know there’ve been times when Val’s stumbled in drunk from a long night of bourbon and cigars and mistakenly grabbed the wrong toothbrush.
Didn’t phase me a bit. I was just glad she was home safe.
And, yeah, I might have those roles reversed.
Parts of the last 37 years are a bit foggy.
Either way, I know it’s no big deal.
I do know if she realized she’d accidentally used my toothbrush and ran screaming to the garage to gargle with turpentine, it would hurt my feelings.
I mention this now because I saw a Centers for Disease Control report that sharing a toothbrush can be dangerous.
I take this with a grain of salt.
In fact, I take everything with a grain of salt. Actually, more like a tablespoon of salt. I salt the hell out of everything.
Even things like cereal.
I’d perish without salt.
It doesn’t bother me I may be putting toothbrush-born pathogens in my mouth because I believe the toothpaste poisons I thrice-daily put in my mouth will kill the pathogens before, I hope, they kill me.
It’s true. Each tube of toothpaste contains enough poisons to kill a small deer.
It says so right on the labels. Here’s the boilerplate:
“Keep out of reach of children: If more than used for brushing is accidentally swallowed, get medical help or call a Poison Control Center right away.”
So we’re already daily putting lots of deadly poison in our mouths — and that’s before any of us even hit the Taco Bell drive-thrus.
I’m a fanatic about brushing and flossing and do both with fierce regularity.
I’m one of those guys who believes he is his own best dentist. I’m avid about reading oral care news and adapt to the current recommendations.
Just last year there were a spate of experts saying it’s more important to brush first and then floss. Then came the inevitable backlash that said the reverse — floss then brush — was the ideal.
Given the conflicting expert advice, I chose a Solomonic solution.
I brush first and floss next on even numbered days and do the reverse on the odd.
Other than chipped and busted choppers from closing bar shenanigans, I haven’t had a dental problem in more than 30 years. No cavities. No gum troubles. Nothing.
Of course, my family will contend the reason for that is because I refuse to see a dentist.
They are correct.
I won’t see a dentist until I have a symptom.
See, I contend the more people are misled about the necessity of visiting the dentist every six months, the more the dentists concoct reasons for patients to see the dentist.
It’s a genius business model, the kind a guy who blogs for free can envy but never emulate.
And I’m going to keep doing it just the way I’ve been because it’s working for me.
I won’t freak out if every once in a while I use my wife’s toothbrush or she uses mine.
I hope that clears things up.
Don’t let an occasional unsanitary swap of the toothbrush devolve into an unhealthy neurosis.
And don’t look to me for any dissertations about the mental health issues of wearing a spouse’s frilly undergarments when you mistakenly believe she won’t be home ’til dinner.
I have Val convinced that was just a phase.

Related . . .
Cecil the Lion & my ever-diminishing regard for dentistry
Toothpaste, our most pleasant poison
Grinnin’ at mammogram confusion
Save health care: Dock doc pay!
Save health care: Cure hypochondria!