Our summer of aliens & Earth's future 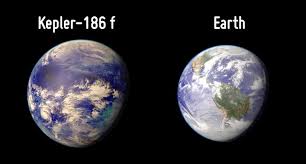 I tend to judge all illegal immigrants by how their being here will improve my culinary options so I’m fine with Mexicans.

And Thai, Japanese, French, Chinese, Italian and some of the South American nations I have trouble telling apart.

Really, I’d be fine if we’d slam the door shut on the English, Swedes and Germans — all lands of my ancestors —  because they bring nothing to the table.

I enjoy fish & chips but, really, none of us is ever that far from a Long John Silver’s drive-thru and the duplication would be unnecessary.

I have a lot of Swedish blood in me, but that doesn’t mean I need any Swedish food in my belly. I’m proud of my Swedish heritage — and that can be summed up in two words: ABBA and Ikea — but the only time I’ll reach for Swedish meatballs is when they stop making them the way the Italians do.

I’ve had some fine German meals, but I often wind up inadvertently spitting all over the poor waitress when I say, “And I’ll have the Knusprige Schveinehaxen!”

This has been the summer of aliens.

Half the news is about keeping illegal aliens from coming into America and the rest is about Americans blithely weighing our extra-terrestrial options that could lead us to become illegal aliens in a universal sense.

Stephen Hawking is proposing we spend $100 million to detect alien life. NASA is near daily announcing the discovery of new Earth-like planets.

I suspect alien life is already here. I see so many people behaving with so little civility I have to wonder if they were raised on another planet.

They talk during movies, viciously disparage opposing viewpoints on Facebook, and wear wildly inappropriate clothes to the wave pools.

No way these people could have been raised by Earthlings.

I keep having this recurring nightmare that technologically advanced aliens from outer space will land in some remote part of America and say, “Take me to your leader!” and the greeting yahoo will introduce them to Trump.

He’d be so insulting annihilation procedures would be imminent.

Imagine the repercussions for humanity.

NASA announced it has found 8.8 billion planets that could sustain life.

That’s, so far, enough for all 7 billion of us to each have planets of our very own. That’s not counting moons.

Talk about needing some space.

They say these planets have atmosphere, water, similar suns, calendar years and topography — all the comforts of home, that is if Comcast doesn’t run short on cable.

I feel like some really slick real estate agent is trying to sell me a home in New Zealand when I’m perfectly content way over here on the sensible side of the planet.

I don’t want to leave Earth to have to enjoy what I have right here on Earth.

It’s the same rationale Homer Simpson invoked when he weighed in against vacationing in Canada, a land he referred to as “America Jr.”

And I wonder if we’re hurting Earth’s feelings.

Because what it looks like is we’re fixing to leave the old girl.

If I read it right, what we’re acknowledging is that the human race are just a bunch of parasites with personalities.

So look out universe, here come the Earthlings.

I’m sure the universal word will get around pretty quick and the rap on us will sound familiar.

All will be well if we can just make one thing clear that will ease the alarm of any occupying ETs.

The future of sex in space