The decline of newspapers & death of Mike Pigott 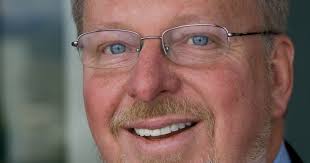 The newspaper industry took another big hit last week when it lost both me and Mike Pigott as regular readers.

My wife and I agreed it was time to cancel our Pittsburgh Post-Gazette subscription because the paper had become too expensive ($1.50-a-day), delivery too erratic, and the paper too strewn with sloppy errors.

He died in Nashville at the age of 62.

For me, it’s like one of the faces of Mount Rushmore cracked and fell down the mountain.

It’s funny, but 23 years after drawing my last regular paycheck from a newspaper, I still consider myself a newspaper man.

It’s all I ever wanted to be.

After graduating from Ohio University with my journalism degree, I went to visit my brother in Nashville.

I’d already acquired a stack of rejection letters from much smaller community newspapers. But I was plucky and called the Nashville Banner seeking an interview.

“Can you be here this afternoon?”

But because I was pessimistic about my prospects, I showed up in shorts. It was hot in Nashville and I didn’t want to wear anything that might later curb that day’s recreations.

The editor was Joe Worley (he’s up there on Rushmore, too).

He sat there and read all my clips without cracking a smile. After about five awkward minutes he asked in a Southern accent so thick I could barely understand, “How long were you on the school paper?”

Then with a sneering edge, “What’d you do the other three years? Drink beer?”

He hired me on the spot. It was a great day.

Little did I know it would ruin my career.

Starting out at the Nashville Banner in 1985 mistakenly led me to believe every newspaper job — every job — would be as exuberant and filled with such lively and engaging characters, each so distinct.

My favorite Pigott story happened after I’d left. I read about it on Facebook.

A new guy, a self-confessed rube, admitted he’d never taken a plane ride before and was nervous about an assignment that would take him out of state.

Pigott asked if his parachute was packed.

The day before his flight the reporter got a call from the airline’s customer service department. The woman wanted to confirm the flight and make sure he had his parachute.

With Pigott as ringleader, the whole newsroom was watching. I guess it was hilarious.

He left the Banner shortly after I did.

He quit because the sleazy publisher had suggested he do something that offended his ethical sensibilities.

I quit because Nashville at the time didn’t have any decent pizza joints.

He started a public relations firm that bore his name and eventually claimed as clients Nashville’s mayor, Tennessee’s governor and the Tennessee Titans. His death left the state in mourning.

I guess the reason Mike’s passing is hitting so many of us so hard is because he was before our eyes becoming what Tom Wolfe called “a man in full.”

He’d become a grandfather. He was taking ballroom dance lessons. He was traveling the world.

And everywhere he went and everything he did found him with an equator-wide smile.

I’d sent him a copy of my book and he sent me note saying how much he loved it.

That’s the polite thing to do. But he kept sending notes. Months would go by and he’d send another one. He wanted to make sure I knew he meant it.

It’s funny, because we weren’t what you’d consider at all close.

We were just two guys who’d worked three years together in the same building about 30 years ago.

Maybe it was just all of us being in that building together.

Or maybe it was just Mike. He was the kind of guy who’d without fail treat people who weren’t so special in ways that made them feel like they were.

The Banner folded in 1998. I’m sure Mike was revolted by what The Tennessean, the surviving Nashville paper, has become.

They’re Exhibit A in why I for the first time in my life am living in a home that doesn’t get the daily newspaper.

It dismays those of us who love newspapers to realize the people most responsible for saving newspapers think the only way to do so is to make them less like newspapers.

The world took an even bigger one.

"Or maybe it was just Mike. He was the kind of guy who’d without fail treat people who weren’t so special in ways that made them feel like they were."
This couldn't be more true. Thank you, Chris, for this beautiful post about my dad.

Thank you, Connolly! It's straight from the heart. He was very special. Like your Dad, I'm the father of two daughters. I know just how much he loved you guys. I can only imagine how much you miss him, but what joyful memories you must have. And those will only flourish.