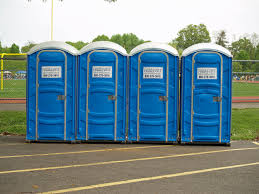 I took one look at the festival surroundings and one thought leapt to mind: “Man, this weekend is really gonna suck!”

It’s an odd reaction from a guy who’ll be spending 40 of the next 72 hours desperately trying to sell a book that preaches the sunny values of eternal optimism.

Trying to sell books to indifferent strangers at events like The Westmoreland Arts & Heritage Festival (Thursday thru Sunday) can be a real grind. In order to succeed, you need to really hustle.

You need to become like one of those 30-second local car dealership ads — Charm! Smile! Sell! — but you need to do it for 9 hours straight.

This isn’t at all what people think about when they say they want to be writers.

In fact, most people who say they want to be writers, don’t even want to have to engage in the tedious process of actually writing.

Guaranteed, Grisham’s never endured some of the humiliations sure to be visited upon me during these grueling days. There will be bugs, rain, ridicule and rude festival goers who’ll contend mine isn’t even a book.

That happened a couple months ago at the Home & Garden Show. I gave one gruff elderly man my pitch as he passed by. Did he want to hear about my book?

He did not, he practically snarled.

“There’s only one book!”

Part of me way, way deep inside began to hope he was going to say, “Catch-22.”

It would have been an interesting trial for fans of linguistic precision if I’d have right then leaped over my table and begun beating him to death with my book as a murder weapon.

Guaranteed, Grisham’s never had to deal with a fundamentalist ass like that.

And, guaranteed, Grisham’s never had to use a port-o-potty at any of his book signings. There’s a long row of them not far from where I’ll be signing.

Not using port-o-johns is maybe the one thing Grisham and I have in common.

You may wonder why I recall the date with such impeccable clarity.

It was when the Rolling Stones played in Buffalo on the “Tattoo You” tour. I was there with my good buddy, Pete Gerstenberger. He was on leave from the Merchant Marines and drove to fetch me in Athens, Ohio, where I was a freshman at Ohio U.

Together, we drove to Buffalo.

It was back when attending a Rolling Stones concert still had elements of danger, certainly mass inebriation.

I remember waiting in line to use the familiar robin’s shell egg blue outhouse. In front of me were about six really fried Canadians. One by one, they entered and did their business.

When the last one went in, the ringleader was overcome by mischievous temptations and called a huddle.

Next thing I know, the five of them rushed behind the crude structure’s side and tipped the box right over.

To maximize the horror, they did it with door side down.

I haven’t set foot in one since.

I, of course, thought of that story when I saw those rows of johns. I have vowed not to eat or drink anything for at least six hours prior to setting foot on the grounds.

If I sell 20 books a day I’ll be happy. That’ll be $600, a nice bit of scratch for sitting around and smiling.

But it’s possible, the holiday weekend will be a complete wash.

Worst case scenario is I’ll sell maybe just about 10 each day and succumb to bordom. I’ll break down and eat some greasy Italian sausage sandwich that’ll wreak havoc on my digestive system and have me remembering this weekend for reasons that’ll have nothing to do with books.

And that’s coming from a guy who for more than 30 years knows how a good time can turn really crappy real quick.

Greg Brady (and me!) at Westmoreland Home Show