June tweets of the month 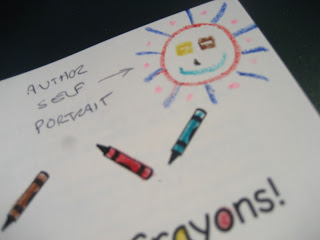 No preamble. I wrote tomorrow’s post today so everything’s all screwed up. Hope you enjoy the tweets from @8days2Amish. (Yes, I'm aware of the odd shading on about 3/4s of the entries. I don't know how it got there and it's too near Happy Hour for me to bother getting rid of it)

• I don't presume to know the future, but what I know about the past leads me to believe some in GOP are already planning to #impeachHillary.

• The only time my daughters let me in a picture with them it appears I'm photobombing a picture of them.

• The Spielberg movie "Lincoln," should in fact have been called “Congress."

•I wonder if after we die we all go to one big gift shop in the sky to buy souvenirs to remember our experience.

• If you combine all the time I spend waiting for computers to load properly, I could have probably invented a computer that loads properly.

• I have never been, but I have to think a place named Sheboygan would be trans-gender friendly.

• Yeah, the Triple Crown was great, but I'd prefer to see giraffe racing. Every race is bound to be neck 'n' neck.

• Call me reactionary, but I have to figure they use one hell of a lot of hand sanitizer in Germany.

• I’m so old I remember when there always used to be two sides to every story, the same as there were to every record.

• Call me a snob, but I do not believe the word "frozen" should ever be used to describe pizza.

• If someone says, "I've said it before, I'll say it again," it means they're going to say it about four of five more times in the next 15 minutes.

• Today I'm driving six 8-year-olds to swim/trampoline/pizza party and if I'm not 100 % sober I'M the one who'll get in trouble.

• It’s one of music's most tragic ironies that the man who sang, "All You Need Is Love," actually could have used a bullet-proof vest.

• What are we going to call the Arctic when thanks to global warming it is no longer arctic?

• I still contend because you never see one without the other “the gist” should be spelled “thegist.”

• Because I enjoy seeing people freak out, I’m hopeful one day all the figures in the wax museums are able to blink.

• I sleep each night flat on my back, arms folded over a lily to make it easier for undertaker just in case I should die before I wake

• A good warm shower is as close as you can get to being back in the womb without inconveniencing Mom.

• If Jeremiah was, indeed, a bullfrog, who drove him to the liquor store to get his mighty fine wine? So much of the story remains untold

• Daugher, 9, has a new favorite word. It is toiletries. I don't have the heart to tell her it's not spelled toilet trees.

• I’ve never seen a single white supremacist who's made me, a fellow white, feel the least bit supreme.