The story of my webbed toes & other human deformities 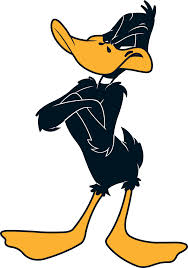 I’m lately finding it irresistible to tell professional people I have webbed toes.

It started a few months ago in Pittsburgh. I was at some travel summit with people who promote and service the city tourist industry.

I was at a table with about a dozen friendly folks. We were taking turns introducing ourselves.

I mentioned I was from Latrobe. One woman asked if I knew Arnold Palmer.

I said I did. I talked about that happy association and confirmed, yes, he’s a great guy (that’s true, too).

I told some stories and said knowing him is probably the coolest thing about me.

I’ve said that before and it’s probably true. But maybe because I’ve told the story so much and I’ve begun to bore myself, I gave into a mischievous impulse.

“The second coolest thing,” I said, “is that I have webbed toes.”

It was a complete lie. My toes are just like yours. They’re ticklish, have nails that are difficult to trim and experience tremendous pain when I accidentally drop a hammer on top of them.

But it was a fun fib to tell so I decided to expound.

“It’s true,” I lied. “I set several state records when I was captain of my high school swim team, but they were vacated when some crabby parents complained webbed toes gave me an unfair advantage.

“A local doctor heard about it and said he’d separate them. I thought about it. Dad was taking us to Myrtle Beach that summer and I’d always dreamed of what it would be like to wear sandals but, hey, we’re all how God made us. I said no to surgery.”

The reaction of my table mates made me glad I hadn’t blurted out I was born a Siamese twin who’d been joined at the penis to a brother my parents named Burt.

The majority thought I was just being funny, a few thought I was being truthful, but one woman was very upset. I’d completely freaked her out.

I realized I’d shared too much fictitious information. At that point, I should have assured her I was just joking.

Instead, I just motioned for the waiter and said, “So, who else needs another drink?”

It’s why I dream of one day attending a post-game press conference with LSU football coach Les Miles. He’s prone to colorful language and win or lose always commends his men for “really playing their tails off.”

That’s when I’d raise my hand to ask if his players had actual tails, if team uniforms needed special alterations and would the players have to go on injured reserve to reattach the tails.

And where do you recruit all these tailed players?

I’d love to have a tail.

Unlike me, a wagging tail is incapable of telling a lie.

You’d think some smart plastic surgeon could make a fortune attaching lively tails to people who think it might help them get laid.

I mention this now because Val and I met a lovely woman with a deformity that stemmed from a childhood accident involving a stationary bike.

We found out about this in the most embarrassing way.

She was a girlfriend of an old buddy of ours. We hadn’t seen him in years, but he stopped into the bar hoping I’d be there. By chance, Val was there, too.

So we’re having a great time. I’m not sure why I felt compelled to do so, but I began to try and impress my old friend and his girlfriend with a trick I do that makes it appear I’m using my right hand to remove a finger from my left hand just above the middle knuckle.

I guess I do this whenever I feel the urge to impress young children or old drunks.

It’s funny and easy to do.

You could say it’s very handy!

So I do the trick and sit there waiting to bask in their admiration when the woman says, “I can beat that.”

She then, just as I did, appears to remove the finger. Only she one-upped me.

Her finger was missing!

It wasn’t a trick either.

Her middle finger snapped right off when she’d as a 3-year-old stumbled into the spinning spokes of the exercise bike her horrified mother was furiously peddling to keep fit.

Oh, we talked about that the rest of the night. She couldn’t have been a better sport and answered all our questions about what she remembered, the challenges losing a finger presented and if her mother experienced any understandable accelerated weight gain after the accident.

To be clear, I don’t have any webbed toes so please don’t ask me to remove my socks to help you win a stupid wager.

But I do hope you’ll think of me next time some traffic contention leads to someone giving you the finger.

I know a woman who needs it more than you.

The Weekly World News & the baby born without a nose

In Odd We Trust (sideshow freak home from Details magazine, 2001)