What's the big idea? Read this 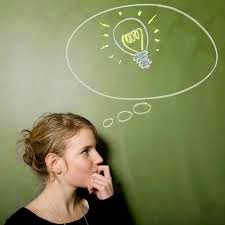 I propose we today begin reversing the effects of global warming by everyone going straight to the nearest refrigerator and leaving the doors open for just 15 minutes.

I defy any scientist to refute the logic behind this idea.

I came up with this yesterday morning, posted it on social media and, of course, took the rest of the day off.

It wasn’t even 10 a.m. and I’d already achieved something that would save humanity and will doubtless one day earn me a Nobel Prize — and those babies come with $1.2 million in award dough.

The cool thing is that I come up with a really big idea like that at least once a week.

So, assured as I am of eventual riches, I rarely work most days, convinced as ever that my ship will soon come in and I’ll never again be troubled by the need to work. That means my daily life will differ little from what it’s like now except I’ll be able to afford to golf, go to baseball games and sit in the bar and daydream all day like I do now.

The refrigerator thingie is inspired by the simple kind of genius I once read in a scholarly journal that foresaw a way to end air pollution. Experts said we could instantly purify the air around the globe by popping the tires of all the cars built in or before the 1950s.

I read this scholarly conclusion in the “Weekly World News,” unrelated sample headline: “Baby Born with Wooden Leg!”
I’ve been in the big idea business ever since.

I see a problem and I solve it.

It was that way when I read Olympic TV ratings were down. I enjoy the Olympics and how it brings people together.

Problem: We lack a spectacle grand enough to bring people together?

In fact, there used to be an international tug-of-war between America and Canada. It happened every year over the 1.3 mile-wide Detroit River between Motown and Windsor, Ontario.

I for years pitched in vain the story to various magazines because I thought it would be fun and might snag a nice buck. But the real reason I sought an assignment was because I was eager to satisfy my curiosity about what they did with the rope the other 364 days of the year.

I mean, you can’t just stow a coiled 1.5 mile long rope in some firehall garage.

I became so consumed with the idea I proposed the U.S. challenge Europe to a tug of war. Shipping would have to be halted for a week or so, but wouldn’t that be fun?

We’d need some international referees to keep the crafty French from just tying their end to the Eiffel Tower and sipping coffee while we pulled with all our might.

Of course, most of my big ideas are meant to help humanity.

We need bees to pollinate our plants and no one needs bedbugs. I said we need to find a way to turn bedbugs into bees.

I think the only thing holding this one back is a potentially nightmarish glitch.

Then there’s the The Great Pacific Garbage Patch, a floating junk monstrosity that’s twice the size of Texas. Less imaginative observers note its oceanic existence and are appalled.

I see the same eyesore and sense lucrative opportunity.

I say we colonize it!

Our 1 percenters are always eager for new experiences on ocean front property. The good thing about colonizing giant trash islands is they can be towed to different locations based on playboy boredom.

It’d be like a luxury cruise ship only instead of creating mountains of trash, it’d actually be one.

As an old newspaper guy, it saddens me that readership is declining. Even worse is knowing so many people go to bed hungry every night.

Gun violence is a vexing issue. Pro-gun people think they should be allowed to carry loaded guns anywhere they want. Anti-gun people say too many innocents are getting shot.

Solution: Everyone can carry a loaded gun anywhere they want. Schools, churches, sporting events — anywhere. But they only get one bullet.

Use or lose your bullet and in addition to any existing laws, you need to appear before a judge and explain what happened to their bullet before they get another bullet.

My friends call this the Barney Fife Amendment.

I got millions of ‘em.

Because political divisions ensue even after mandate elections, I contend victors should be allowed to jail the vanquished — both candidates and supporters — until the term expires.

The post office is losing money while people are complaining that commercial flights are too uncomfortable and expensive.

Solution: Have the USPS ship humans!

I could go on all day. These things just come to me.

When will even one of these turn into a practical solutions leading to actual income for me?

Ironically, I have no idea.

SCOPEtics & the sunny side of global warming