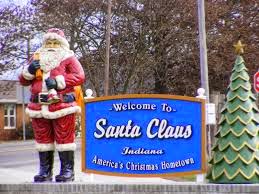 I’d like to see the Indiana state legislators pass a bill that orders their most conservative Hoosier constituents to just lighten the hell up.

Do unto others as you’d have them do unto you.

You’d think those 10 words would sound familiar at least to Christians so rapturous about their religious obligations.

I wonder what else would happen if these religious freedom laws are taken to their logical conclusion. Because the laws don’t specify which religions conservative lawmakers consider the “good” religions.

So, in the name of religious freedom, would a couple of Islamic extremist bakers be legally allowed to open a Fort Wayne cupcake shoppe that for propaganda purposes beheads infidel customers?

Could a Scientology movie theater in Evansville get away with playing nothing but John Travolta and Tom Cruise features?

What if — and I’m just being silly here — a fanatical religious group took over a South Bend university and used their obnoxious sports programs to spread the sanctimonious belief that God Almighty favors their teams over all the secular others?

See where this madness could lead?

It saddens me that Indiana, a state that’s provided me with so many happy memories, is the recipient of a taint that will prove difficult to erase.

The state’s come so far.

Remember, Indiana back in the 1970s was deemed by Chicago Tribune columnist Mike Royko the worst state in the entire union. Of Indiana he said, “Its two major cities — Indianapolis and Gary — give people a choice of dying of either boredom or multiple gunshot wounds.”

I enjoyed a fine summer-long frolic there in ’83 when a college buddy asked if I wanted to join him in a rowdy carny outfit. We rambled all over Indiana.

What do I remember most about those splendid summer months?

And, bless their hearts, not a one of them ever asked about my religion or if I was gay.

As for family fun, we had a wonderful vacation at the historic French Lick Resort, a place that reminds me of the wet kiss Rod Serling and the “Twilight Zone” gave idyllic small town America in “A Stop in Willoughby.”

Abe Lincoln, that holy exemplar of just American grace, had his values forged by Hoosiers. The Lincoln Boyhood Home in Lincoln City is where Lincoln lived from ages 7 to 21.

The state is overwhelmingly populated by friendly folk who today, I’m sure, are horrified that Indiana’s become a national punching bag, all thanks to bone-headed bigots who are in a dead heat race to either extinction or political irrelevence.

In fact, Santa Claus is Indiana.

I’ve done a maybe a dozen stories about the small southern Indiana town that in 1852 became the only town in America officially named Santa Claus.

It’s magnificent. It’s home to Holiday World & Splashin’ Safari, one of the best theme parks in America, one that is regularly featured on the thrill shows for its host of pulse-racing roller coasters.

We love it there.

And, get this, Holiday World is just like the real Santa Claus: It gives away cool stuff for free.

It’s the only amusement park or entertainment venue I’ve heard of that gives away as much Pepsi product fountain soda for free as guests can guzzle. Owners think it’s a nice gesture to thank people for visiting Santa Claus.

The parking is free, too. So is sunscreen.

So I’ll never think of Indiana as a place of judgmental intolerance. It’s not like that.

I can’t wait to go back.

And to those who think they can hijack good people’s values to suit your narrowly defined interests, you’ve been put on notice.

Try it again and all America will rise up and bring many mighty social and financial pressures to bear.

So you’d better be good.

But don’t be good just because to do otherwise risks so much ruin and ridicule.

Be good for goodness’ sake.

Santorum’s correct: Man marrying dogs in Wisconsin!
Posted by Chris Rodell at 10:49 AM