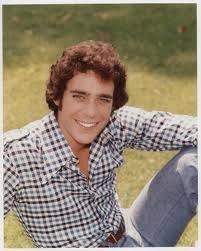 The coolest thing that could potentially happen to me this weekend will be if the 60-year-old man who played the 12-year-old Greg Brady stops by and says, “Man, I’ve heard all about your book! Great to meet you! I’d like to buy one!”

The coolest thing that could potentially — potentially — happen to me this weekend will be if Pope Francis stops by and says he’s heard about my book and wants to buy a copy for every Catholic who owns a Bible.

But Pope Francis is in Rome.

Barry Williams will be at the Westmoreland County Home Show at the county  fairgrounds near Norvelt (named, by the historical way, for EleaNOR RooseVELT).

That’s where I’ll be!

I am flattered to be have been asked by Kelly Simon of Simon Event Management to be among the elite book sellers on the Author’s Avenue showcasing local writers.

I’ll be there right next to Bigfoot/UFO expert Stan Gordon and he is, indeed, a big deal. He runs a media empire of books, videos and lucrative speaking appearances before throngs of people many unfairly consider kooks.

Most of them are just normal people who’ve experienced something they can’t explain. They admire (and patronize) Stan because he helps them in their quest for understanding.

I once asked him what he does when he’s approached by someone who is by every definition a conspiracy-theory gobbling, tin foil hat-wearing, howl-at-the-moon, bona fide dingbat.

“I listen to their story,” he said, “present them with alternative theories and then I try and sell them a book.”

And there are people who think Stan's nuts.

I’ll be there all weekend from 10 a.m. to 5 p.m. both Saturday and Sunday. I’ll be telling what I hope are funny stories from the stage at 1 p.m. Saturday.

Ideally, I’ll sign and sell about 50 books and will enjoy many happy conversations with customers who keep me engaged and chipper throughout the weekend.

Or I could be sitting there for long thumb-twiddling hours kicking myself for missing the AMC airing of John Wayne’s “McLintock!,” a movie I’ve only seen about 98 times.

Or maybe a “Brady Bunch” marathon.

It’s not one of the classics I return to over and over like “Andy Griffith,” or “Dragnet,” but I remain charmed by heirloom memories of “The Brady Bunch.”

And the weekend will certainly be a failure if I don’t snag a selfie with Williams.

He’s my second favorite Brady, behind luscious Marsha, and far ahead of the Brady I most despise because I’m convinced he’s engaged in Satanic negations to gain glory and fame over the collective misery of millions like me.

Williams is one of my favorite kinds of celebrities because he never let oddball fame ruin him. In fact, he seems to revel in it.

I’m guessing the playlist won’t include “Star Star,” the luridly filthy 1973 Rolling Stones song, to me is the finest ’70’s song of them all.

But I can guarantee it’ll all be good campy fun. Tickets for his Sunday noon performance are $25 and reservations are required. After that he’ll be signing and posing for pictures till about 4:30 p.m.

I don’t know how much they’re paying him to fly from his Branson, Missouri, home where he lives his girlfriend and their 3-year-old daughter, Samantha Rose, with whom he’d probably rather be spending time.

He, too, has an 11-year-old son from a previous marriage, so today elements of his personal life sound like he’s trying recreate parts of the sitcom that made him famous.

But he’s never had a drug or morality scandal like his sitcom contemporary Danny Bonaduce reliably did for so many years.

All Barry Williams has done is grow up to be the kind of man Mike and Carol Brady would have been proud to call their son.

“I’m looking forward to coming to Greensburg,” he told reporters, “and making many new friends.”

I hope to be one of them.

Only slightly less cool than if my second favorite Brady decides to buy a bunch of my books.

My Saturday speech a surprising sell-out
Posted by Chris Rodell at 12:29 PM