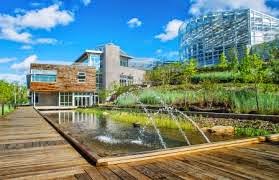 I’m aware of the inherent contradiction that I worry we’ll one day run out of water, but never fear we’ll ever run out of beer.

News that California is running out of water has me feel like guzzling beer in Pennsylvania right now.

But you know what — and I’m sober as I begin today’s post — I actually see a bright side to California’s water crisis.

I believe there’s no place on earth better equipped or motivated to solve a global crisis than California. I believe this because California is seeded with an unusual mix of people who are both highly creative and highly needy.

These motivated, needy Californians will respond to the crisis with bursts of ingenuity that will lead to breathtaking results in water conservation.

They will do this because they’d rather innovate than give up things like swimming pools, lush lawns and cars that never appear smudged by dirt.

In short, they’ll react to an actual threat against live-preserving water the way Texans would to any perceived threat to their right for toddlers to carry assault rifles.

Here in western Pennsylvania our water is so plentiful moron owners of one of the local franchise crap shacks orders his employees to hose down the entire parking lot when he thinks it’s less than immaculate.

It’s not like the majority of his patrons drive vehicles fresh from the muddy tractor pulls. No one ever hitches a horse with irritable equine bowel syndrome to the patio bike rack.

No one eats off it, although I can’t imagine it’s any less sanitary than any of the tables inside.

Pennsylvanians won’t get alarmed about water conservation until the price of Yuengling six-packs hits $18.

I’m optimistic it won’t come to that.

Did you see the recent “60 Minutes” segment on Segway inventor Dean Kamen?

The name’s a nod to the scope of the problem and his belief it shall be overcome. It’s right now saving lives in developing countries, but could conceivably be used to recycle water from every home on the planet.

Kamen said it purifies any kind of water, to which the skeptical correspondent replied, “Any kind?”

You know what they were talking about, don’t you? Slingshot can take even human waste water and purify it so it can be consumed again and again.

Of course, it’ll take a lot to overcome our innate aversion to the essence of the act.

Drinking piss water will be easier for me than it will be for most. After all, I attended Ohio University when 3.2 percent beer was still for sale.

Drinking my own warm urine can’t be any worse than guzzling Hudepohl.

Dean Kamen is, of course, a genius doing what our geniuses ought to be doing, and that’s helping mankind.

I imagine lots of Californians will be trekking to Manchester, New Hampshire, to seek Kamen’s insights.

They’ll do well to stop here in Pittsburgh on the way.

The town that was once dubbed “Smoky City” is today home to maybe the most green building on the planet.

It’s the Center for Sustainable Landscapes (above) at Phipps Conservatory & Botanical Gardens.

It’s the first living building to achieve a net-zero energy certification, meaning the 2.9 acre complex uses no more water or power than it can generate or recover through its own green methods.

Environmentally, it leaves no foot print. Best thing is it’s all done with gardens and glory.

It is magnificent. It is revolutionary. It is beautiful.

It is the future.

So I’m counting on California to innovate its way out of a crisis with a gold rush of creative breakthroughs that will one day benefit the whole world.

Headlines today are often so dire. You have to dig a little deeper to find there is good news offsetting all the momentary mayhem.

Yes, even amidst a water crisis the glass can still somehow be half full.