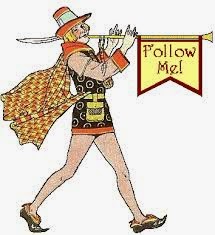 I guess it shouldn’t come as any surprise, but @PiedPiper has about 10 times more followers than @8days2amish.

I know what you’re thinking. I’m thinking it, too.

• Gas prices below $3 a gallon can only mean the Middle East has become a bastion of stability and peace.

• The term "penniless" has lost all value for describing an impoverished individual. Probably been 30 years since Trump's even seen a penny.

• Had I known how deeply having children would cut into my TV viewing time, my Facebook profile would now feature pictures of our hamsters, Josie & Lucy.

• During this season of joy and family togetherness do you ever wonder if Madonna and Dennis Rodman ever look back and lament how it all went so wrong?

• Mood rings are cool, but I’m holding out for mood underwear.

• I’m all for a color-blind society, but am fearful what the results'll mean to our nation's sock drawers.

• I believe in a vengeful God who every time I say something sarcastic or snarky to my 82-year-old mother adds another 18 months to her life.

• Who else loves psilent letters!

• Hysterical insider reaction to Sony hacking scandal is funniest thing they've done since '97 Jack Nicholson film, "As Good As It Gets.”

• I should be awarded Nobel Peace Prize every year for never saying exactly what pops into my mind the instant my jerk-detector goes “Ding!”

• Anytime I hear anyone saying "cooler heads will prevail," I keep hoping one of the cooler heads is wacky snowman Olaf from “Frozen.” Truly, all snowmen have cooler heads.

• I fear when I conclude this journey of self-discovery we call life I'll discover my true self's still in 7th grade shooting spitballs at the stupid math sub.

• The only continent incapable of  supporting the world’s most prolific species -- the ant -- is the one that begins with the letters A-N-T.

• Know what it means when you hear "Hoo! Hoo!" in the trees this week? Owl be home for Christmas!

• “Godspell” is a popular theatrical production. “Spell God” is a question that will get public school teachers into trouble with the ACLU

• Do you think it ever bugged Jesus that His birthday was on Christmas?

• This will be the Christmas I'll be remembered for yelling "Blucher!" just before the horsey sound on "Sleigh Bells.”

• I’m the kind of pacifist who adores slapstick comedy but is offended by the idea of anyone getting slapped with a stick.

• I wonder if veteran ladder salesmen think they're being funny when they ask customers if they want the former ladder or the latter ladder.

• Just saw the name “Christian” is 34th most #PopularBoyName. I’ll let you know when I get to the name “Atheist.”

• My gut reaction anytime I see a car with "Liberty or Death" bumper sticker is to enslave then execute the demanding driver.

• I miss the days when airline security meant someone asked if you were carrying a bomb and really didn't care much about your answer.

• Wish for '15: May you one day be as happy as all your Facebook friends mistakenly think you are based on your pics and posts.

• My great contradiction is telling daughters how unimportant it is to be cool while desperately clinging to the meager cool I have left.

Email ThisBlogThis!Share to TwitterShare to FacebookShare to Pinterest
Labels: 8Days2Amish, Chris Rodell, who has funny tweets, who has the best tweets, www.UseAllTheCrayons.com