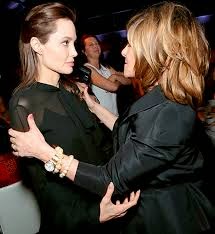 • If gas prices had risen as much as gas prices have fallen gas prices would right now be about $5.50 a gallon. And everyone with car keys would be either posting or debunking dark Facebook conspiracy theories contending it was all Barack’s fault.

• I was always under the impression that gas prices rose or fell based on the stability of the Middle East. So as prices continue to descend I can only conclude the Middle East today is a bastion of stability and mutual respect between once-warring peoples. Peace on Earth and cheap gas! Hallelujah!

• Gas prices are falling so rapidly we’re starting to see stories that say it’s actually a bad thing. This is reflected in the Dow, which had a huge drop last week. I don’t care. I suspect falling gas prices are a bad thing only to people who ride in limos and never have to pump, much less pay, for their own gas. So screw ‘em.

• My wife accused me of lying on Facebook Sunday evening. This is a serious charge. I remember in our ’96 wedding vows saying,  “… for richer and poorer, in sickness and in health, and being forever steadfast in social media virtuosity …” Here’s what I posted: “Daughters/wife asked where I spent afternoon after they threw me out on Steeler game day while they made Christmas cookies and enjoyed a girlie day. I refused to divulge and instead quoted Delbert McClinton: ‘You make a man into a monkey, that monkey's gonna monkey around.’” In fact, they did not throw me out. They just made it difficult for me to find a comfortable space to watch the game in peace. So I self-exiled. And only one daughter asked where I went. I’d do it again because I love that Delbert line and the chances I get to use it for legitimate purposes are rare. And, of course, I went to the bar and wound up drinking with Dave, who goes in Sundays to do paperwork. We had such a splendid time I may now self-exile every kickoff.

• I wouldn’t want anyone reading my personal e-mails, but I revel in reading the personal e-mails of Hollywood big shots. Nothing builds up my anticipation and then demolishes it the way Hollywood does. I contend the last five years have been a nadir, a true low-point in film quality. Just about every major release disappoints. So the reaction to the Sony hacking scandal is as funny as any comedy the studio’s released since the 1997 Jack Nicholson film, “As Good As it Gets.”

• Howard Stern, of all people, is among the worst over-reactors. In an act of guest butt-kissing with Seth Rogan, Stern equated the hack to an act of terrorism and says President Obama should call on the American people to ignore all the released e-mails as an act of patriotism. I think he’s worried someone is going to release an e-mail that says Howard Stern was replaced by a corporate shill robot Howard Stern.

• I’d like to see a hacked e-mail release that details theories about whether Stern stopped being funny when: a.) Arte Lange left the show; b.) when Stern married his Barbie Doll; or, c.) when he aimed for mainstream popularity on a reality entertainment show that had him making nice with one-time arch-enemy Kathy Lee Gifford. I have friends who still love Stern, but I can’t see him being as entertaining as he was now that all his subversiveness is gone.

• As much as Hollywood sucks, Val and I and the kids still love going to see movies and I’ll share whenever we find one worthy. This week it’s “The Birdman.” I loved it. It’s Michael Keaton’s greatest role since “Night Shift.” Val said she thought I laughed at parts that weren’t supposed to be funny. I told her it’s all supposed to be funny. And it is.

• “The Interview,” the Seth Rogan/James Franco movie that’s likely causing all the hacker stir is looking like a stinker. Critic previews ranking it at 45 percent. For comparison, “The Birdman” scoring 93 percent favorable reviews; “Gone Girl” (haven’t seen it, but Val did and liked it), 88 percent; and “Big Hero 6,” a kiddie flick we all loved, 89 percent.

• My to-see list of Hollywood releases includes “American Sniper,” (75 percent), and maybe — maybe — “Unbroken,” about indelible American Louis Zamperini and his horrific World War II POW ordeals. The Laura Hillenbrand book was terrific, but I’m reluctant to do anything to elevate the already stratospheric self-esteem of director Angelina Jolie. She’s one of those rare beautiful women who’s become so insufferable I can barely stand to look at her. Remember, she was an insane ’90’s wild child running around wearing vials of Billy Bob Thornton’s blood around her neck before she decided it was career advantageous to become Mother Teresa.

• Because it lasted from 1337 to 1453 I propose we rename the 100 Years War, the Most Inaccurately Named War. Kudos to my friend Joe Potts who said if that’s the case then World War I, the “War to End All Wars,” ought to for obvious reasons be re-named “The Most Inaccurately Nicknamed War.”

• Various leaked e-mails by top producers describe Jolie as a “minimally talented spoiled brat” with a “rampaging ego.” Sounds about right. I love this in particular because you just know how much of her ass the e-mail authors kissed over the years to get cozy with her. Above is the picture of producer Amy Pascal attempting to apologize to Jolie. It's priceless.

• I know I’m getting old when I tell people I miss the days when SNL was truly funny and they think I’m talking about Will Farrell and Chris Kattan, not Phil Hartman and Dana Carvey.

• Likely for holiday reasons, no one’s been returning my calls for about the last 10 days. That leaves me no choice but to lunch in the bar and blow the rest of the day off with a good long brain soaking. I’m not letting anyone push me around. I tell ya, you make a man into a monkey, that money’s gonna monkey around.

See Jennifer Lawrence naked! (just be sure ya pay B4 ya peek)