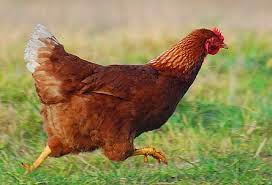 So this one is perfect. It’s from July, a bunch of people from France found it this week, and it’s about chicken parts.

I always make a point anytime we’re out at some family restaurant to ask the waitress if she has chicken fingers. The answer is always yes.

Hillary Swank & all my neighborhood nipples
Posted by Chris Rodell at 9:22 AM