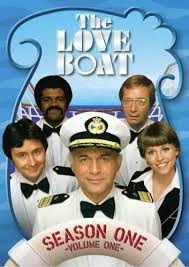 “Breaking Bad” marathon on today. Here’s the ’13 story about the night when our favorite show got swamped by, yep, “The Love Boat!” Come aboard, they're expecting you! Such great campy fun.