And so this is Christmas (Part II); War is NOT over 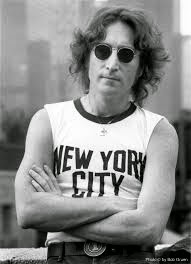 Because “The Hundred Years’ War” lasted from 1337 through 1453, I’m proposing historians rename it either “The 116 Years War” or “The Most Inaccurately Named War.”

Didn’t  anyone on either side say after about 70 or 80 years they should just title it “The War No One Will Remember Because it Just Sort of Ended in a Confusing Draw War?”

I mention all this because I saw an Army veteran and a Navy veteran nearly come to blows over the result of the Army-Navy football. They were shouting so many profanities I suspect an Air Force guy would have reflexively grounded them both.

Or would an Air Force guy have told them to take off?

Anyway, the Navy vet was gloating the sailor boys have won the last 13 contests in a row.

This made the Army guy explode, “Well, what the heck do you expect! You guys haven’t had anything to do to defend the country since you sank the last German U-boat! And in the last 13 years, all our best Army guys have been off fighting three wars!”

Three wars? Have I lost count?

I read the newspapers and try to keep up with current events.

I know we’ve been fighting in Afghanistan since 2001, and that hostilities involving U.S. personnel have been raging in Iraq since 2003.

I’m one of those guys who loathes war, while acknowledging watching The History Channel would be a whole lot less interesting without it.

But, honest, I never dreamed an unbroken span of going on 14 years of my life would occur during times when America was actively engaged in multiple overseas wars.

That’s 14 years of victories, setbacks, political bluster, hostage videos, poignant Christmas reports from Walter Reed and more than 6,745 flag-draped coffins of American servicemen and women who once used to care about things like the outcome of meaningless college football games.

And, yeah, I get the irony of a guy complaining about the exhaustion of merely reading about Americans at war.

I think it’s because I sense the future and realize we’re engaged in wars that’ll never end. Are we 1/10th of the way into what will someday be taught to high school history students as “America’s Hundred Years War?”

It looks that way to me.

Do you even remember the names of our current wars?

In Afghanistan, it’s officially “Operation Enduring Freedom.” In Iraq (which ostensibly ended in 2011), it’s “Operation Iraqi Freedom.” As each has been going on longer than 10 years — the two longest in American history — we should have the opportunity to rename the conflicts.

I’d make some snarky suggestions, but I wouldn’t want to wind up the first casualty in what could become “The War Against Smart Ass Bloggers.”

This is the season so many turn to the Prince of Peace. Me, I find myself thinking all the time about wars and the men and women waging them on my behalf.

Those are the opening words to the 1972 John Lennon Christmas song that is so tuneful I fear the peacenik prayer behind it is all but forgotten.

The actual title is “Happy Xmas (War is Over), the deliberate X-ing out of Christ no doubt an early volley in what was to become the War on Christmas by a man who once speculated he was more popular than Jesus.

It’s now played without any context and accepted as a Christmas staple with the same holiday cheeriness as “Rudolph” and “Jingle Bells,” when in fact the title is one glaring factual mistake. It was written three years prior to the end of the Vietnam War about which it was written.

And 42 years later it looks like war is never over.

I told my friend Joe about renaming the inaccurately titled “Hundred Years’ War,” and he one-upped me.

“If you’re going to do that then you’ll need to rename World War I, ‘The Most Inaccurately Nicknamed War.’”

If only “The War To End All Wars” indeed had lived up to its name.

Email ThisBlogThis!Share to TwitterShare to FacebookShare to Pinterest
Labels: America's longest wars, And so this is Christmas, Army-Navy football game fights, John Lennon Christmas songs, peace blogs, what are the names of wars