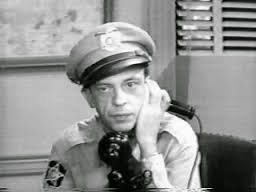 If I’m ever single again I hope to begin a relationship with the next available operator.

Is there any more desirable person on the planet?

I spent about nearly an hour puttering around Sunday while waiting for the next available operator.

I was renewing my health care the day before the deadline. I know that affordable health care for guys like me infuriates about 50 percent of the population and many people are hoping this ends with me getting into a bitter shouting match with a Obamacare functionary over the delay.

Sorry to disappoint you, but that’s not how the story ends.

I don’t mind a long wait on the phone if it means providing my family with health care. I mean what’s 50 minutes before kickoff? That’s just less time I have to listen to the pre-game blabbermouths.

And spending nearly an hour on hold sure beats having have had to get up and go to work for the past 22 years.

So I scanned the newspaper, tidied up the garage and chopped a bunch of firewood. I had a truckload delivered last week. It’s split, but not micro-split the way I like it. I contend I need half logs quartered so they’ll be easier for my dainty daughters to carry in case one of them ever takes the initiative and build the nightly fire.

This has never happened even once, but I enjoy the he-man exercise I get out of chopping wood so the custom will persist.

You can get a lot done when you have nothing else to do.

That’s exactly what time on hold is. They said it would take 20 minutes, but those mechanized predictions are often wildly inaccurate.

I had a choice to either sit there and listen to the same insipid music over and over or mobilize. I chose to mobilize.

Of course, you can never be too far from the phone so you can’t really tune out the music. I wondered about about the men and women who compose and play it.

I imagine at one time in their youth they struck a swaggering pose in the mirror while singing into the hair brush, sure when they grew up they’d be the next Mick Jagger or maybe Stevie Nicks. And now they’re the house band playing the despised hold music.

I don’t disparage. Anyone think I grew up dreaming one day I’d become a blogger?

So I can relate.

Did you know my mother was once the next available operator? Probably not. Why would you?

In fact, she said she enjoyed the duty. Back then phone operators would have actual conversations with people from all over. It was her first job, I think, straight out of high school.

She often tells the story about how her employer, Bell Telephone, would send her and a bunch of other young girls from their Dubois office up to remote Potter County in north central Pennsylvania to man the long distance lines every deer season when sportsmen came to fill the woods.

Of course, that was long before she met my father who we learned years after his death had sired a secret family we never knew about.

He was an altogether different kind of operator (see “Papa” link below).

I guess the most famous operator I can recall is Sarah from Mayberry. We never saw her, but she was what we in Pittsburgh describe as “real nebbie.” She knew everybody’s business. She used to anger Barney by advising him on who he should be dating.

That’s the way it used to be with operators. The phone operator played a huge role in our daily communications. Automation has vanquished that once-vital role to near nothingness.

When was the last time you talked to a real operator? No one needs directory assistance, long distance and I can’t imagine anyone still engages in phone sex anymore.

Phone sex was a big deal for a while. I never did the phone sex thing, but once had an Ohio girl talk long distance dirty to me.

It was very odd because her kid was right there and I think she was cooking him dinner. She’d whisper something filthy to me and then I’d overhear her ask Billy if he’d done his homework and to hand her a spatula.

I thought about all the great songs that have been written about the next available operator.

There was Jim Croce’s “Operator” — and how about that? — my second Jim Croce reference in one week! He tells the operator about his girlfriend shacking up with his best old ex-friend Ray, “a guy she said she knew well and sometimes hated.”

I love ELO’s “Telephone Line,” and Chuck Berry has a good long yap with his operator about his darling Marie in “Memphis.” Marie’s 6 and her mom won’t let her see Daddy anymore.

I’d say Marie’s mom’s a bitch, too, but I know Chuck Berry can be a caustic individual so in this case I’ll not pass judgement.

Then just as I brought the ax down into another knotty slice of oak I heard the little electric interruption that let me know my wait was over.

I was being put in touch with the next available operator!

Her name was Linda!

I began making small talk pleasantries and telling her I was out of breath because I’d been chopping wood.

Know what she said?

I’d been waiting for the next available operator for so long, the damn phone battery died.

Someone should write a song about that.