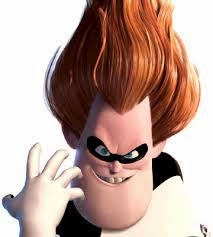 It occurred to me when I was four deep waiting my turn that every barber was doomed to engage in the exact same conversation 100 times each and every day.

I heard four customers ask him as they mounted the chair, “So, how was your Thanksgiving?”

Each time he answered the very same way, “Great! Yours?”

The conversation never deviated even a bit. Nothing but inane surface chatter.
My barber was always polite and never exasperated that his role was to recite the same redundant dialogue that busted small talk clear down to microscopic levels.

I was getting my haircut yesterday morning because my bartender said I was overdue.

I’ve never heard my bartender not swear. He does so every fifth word. It’s like if he becomes too engaged in polite conversation Satan pushes a button that causes him to launch an f-bomb.

I relish that because profanity has a way of disrupting every social tedium. And being around anyone so prolific in profanity is a welcome reminder that there are still places men can go and not have to feel housebroken

The other day he told me I looked like “Syndrome,” the bratty superhero from Pixar’s “The Incredibles.” He was trying to hurt my feelings.

In that regard, he failed because I always tell my barber I want to look like a mad scientist. I just think wild hair would be a great look for me now while I still have some hair left.

My barber doesn’t care. He always cuts it so conservative that I look like I’m on my way to a Pat Robertson prayer revival so I have to just let it grow until my head looks like it snagged a highway tumbleweed.

But saying I resembled Syndrome meant it was time to request a slight trim, which I was sure the barber would use as an excuse to decimate.

I can’t blame him. If I became known for unruly hair people would eventually start asking me where I get it cut and my answer could ruin his business.

Barber shops used to be bastions of banter, much like the bars I enjoy.

These days I have a very friendly and efficient barber and I guess that’s what  these days most men want.

Me, I miss having a barber who was more like my bartender. The barber I had for mostly the first 25 years of my life — one of my old man’s best buddies — was like that. He told me my first dirty joke, how to place a two-team parlay with the local bookie and what to expect the first time a girl invited me to her house to watch a movie while her parents were away.

He was, in fact, legendary. He ran a little barber shop in Castle Shannon. He also moonlighted as the saxophone playing and band leader for ‘50s crooner Bobby Vinton. Boy, could that man tell a story.

I wanted to ask my current barber if he ever gets bored answering the same bland questions over and over. I wanted to ask him if he wanted to shake the waiting chair stiffs to see what makes them all tick. I wanted to ask if he ever felt like rounding up all the smart phones and telling his customers to engage one another the way our fathers used to.

Of course, I’m as much to blame as anyone else. Care to guess what I wound up asking?

“So, how was your Thanksgiving?”

I had a chance to demolish the tedium and I blew it with more mundane chat.

Next year I’ll at the very least describe the holiday with the universal adjective.

“Waiter, there’s some hair in my bar!”