A heartwarming tale of Christmas Woe ... A holiday tradition 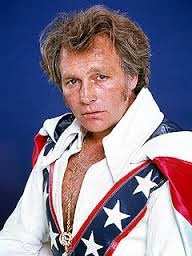 This is the story of one of the worst nights of my life. I like to share it with you over the holidays because, gee, a lot of people enjoy hearing about how someone else’s misery. I guess it’s just human nature. I’m happy to play my role in brightening your holiday by darkening mine.

It had been, for me, a flush year, enough so that I’d splurged on some fancy new duds, including a $375 Ibiza sports coat. It was worth more than all the combined garments worn by the 20 or so patrons, worth more even than several of the duct-taped jalopies in the bar parking lot.

Instead of turning on the Westview Court, she turned the 2000 Chevy Cavalier into an adjacent steep and unplowed driveway. Paul and Patti did not. They turned down the road and stopped after recognizing our error.

So I crept back to the car, crawled in the passenger side and decided to take my chances drifting backwards. The car began sliding and I immediately lost all control.

I can’t say I thought I was going to die, but I did think my night was going to end with trauma surgeons scissoring off my fancy sports coat to assess the damage to my vital organs.

And in those 10 years, the story of one of the worst nights of my life, a night of unrelenting pain, fear and humiliation, has brought nothing but joy and laughter to the hearts of friends who revel in the misfortunes of others. I’m sure I’ll hear it all again tonight as we return to that same neighborhood for that annual party.

And be careful making that sharp left onto Westview.

Email ThisBlogThis!Share to TwitterShare to FacebookShare to Pinterest
Labels: driving like Evil Knieval, Molly Hatchet, tales of terrible Christmas parties, ways to ruin Christmas, what was your worst Christmas