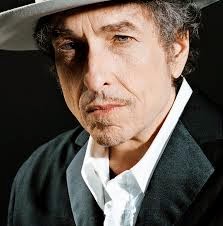 I can’t say I’m sick of Christmas music, but that’s just because I guess I’m immune to them. We play them all the time. They’re on in our house, in the car and they’re everywhere people go except — hallelujah — the sanctuary of where I go for inebriation. I wrote this in ’08 and it’s conclusion was demolished the very next year when Bob Dylan released an entire album of pointless Christmas ditties. Oh, well. Still, I thought this was worth trotting out today as a seasonal re-run.

I’ll stand those words up against “Silent Night” as the sublime essence of 21st century Christmas any day.

Still, I have to be fair. It’s a Christmas song so that rules out The Kinks.

I can name one other pretty famous Jew who never did much of anything during his life to celebrate Christmas.
Posted by Chris Rodell at 10:37 AM