At Christmas, wondering about the Teenage Jesus 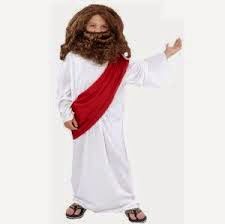 This is the season when Christian believers celebrate the birth of the Baby Jesus. I love the idea that God incarnate came to earth, not as a fully formed King or warrior, but in our most vulnerable and precious form.

It’s such a joyful counterpoint to the crucifixion.

What chagrins me is the biographical void of all those years in between. We know almost nothing about how He became who He was.

I’ve spent a good deal of the past year reading the monumental Robert A. Caro biographies of Lyndon B. Johnson. Over the past 32 years Caro’s published epics — the four books range from 522 to 1,167 pages — about the man who was president of the United States from 1963-68.

I know how Johnson did in school, what tests he cheated on, how he fell in love, what scared him and who he screwed (spoiler alert: Eventually he screwed all of us).

So I know way more about LBJ than I do about JHC.

And that “JHC” is pure conjecture. I don’t know if his middle name is Harold or Henry, but I’ve heard lots of people exclaim “Jesus H. Christ!” when they’re exasperated so let’s just go with that.

Specifically, I’d like to read a scholarly book titled, “The Teenage Jesus: How The Man Who Became Savior Got Through Puberty.”

It’s bound to be a swell guide on how to raise successful and well-adjusted kids.

“Try not to raise morons.”

There’s a whole lot of wiggle room in that skimpy prospectus.

I believe I’ll be considered a great father if my daughters become pleasant, informed individuals who make it through life without sending annoying ALL CAP texts or staying too long in the passing lane after they’ve safely passed parkway slowpokes.

And if despite my best efforts they become common morons I can say, well, at least I tried and, really, it was more their Mom’s fault.

Imagine how different it would be if my virgin wife had told me she was pregnant by the Holy Spirit and that together we’d been chosen to raise the Son of God.

The differences would be, well, Biblical.

Remember, Joseph was the de facto God father, the kind without a Luca Brasi to do all his dirty work.

The stakes were huge. How do you react if your kid’s being bullied? Do you make him eat dates and figs when he gets home from school or do you risk mankind’s salvation by letting him chub up on chips and Oreos?

And how do you discipline a child who you know is destined for omnipotence?

I have trouble discipling my daughters for refusing to take the dog out when he’s scratching at the door and those two are powerless to send my soul to hell, something I’m sure they’ve at times prayed they could do.

As a sassy teen, He must have reacted with reflexive scorn when Joseph would ask Him to take out the trash.

And how do you raise a holy prophet without asking Him if the Steelers are going to beat the Bengals on Sunday?

That’s why I’d like to read a book about the teenage Jesus.

What was it that made Him, a creative sort, become a carpenter instead of, say, a lute player in the local band?

Did He ever get in trouble for acting like a real know-it-all in Sunday school?

And, geez, did it ever bug Him that His birthday was the same day as Christmas?

That’s as good a place as any to stop and wish you all a very Merry Christmas!

Email ThisBlogThis!Share to TwitterShare to FacebookShare to Pinterest
Labels: blogs for Steeler fans, Robert Caro books on LBJ, The teenage Jesus, was Jesus a prophet, what was Jesus like as a teenager, who did LBJ screw