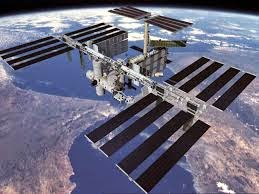 (721 words)
The news of last week’s $200 million Virginia rocket explosion is a reminder of how little humans know or care about what other humans are doing in outer space.

I had one friend ask why we’re even bothering to re-supply the International Space Station when there are no longer humans on board.

“The thing’s been empty since the shuttle program ended.”

In fact, he’s both wrong and stupid.

There are six human souls aboard the space station. Maybe he thought the space station had become a colony of monkeys, hamsters and ant farms and that PETA was sending a robotic re-supply of monkey chow and assorted critter vittles.

But right now there are six human beings circling the earth at 17,100 mph every 92 minutes. Today marks the 5,114th consecutive day humans have been aboard the space station. It’s no longer news.

The craft, even at about 260 miles above the tops of our heads, is often visible to anyone who’d bother to look away from their smartphone Facebook friend updates for even a moment.

What these men and women are doing is vital to our future and will be bold face history for the plucky duration of mankind.

And you can’t name even one of them.

I lied. I have no idea who they are either.

The people I named are among the current contestants on “Survivor,” the 14-year-old CBS reality show that still draws 10 million viewers each week.

Val and I never miss it. We love the notion of 24 strangers being stuck on a remote island and forced to engage and survive amidst some of the most intense deprivations known to man.

What could be more compelling?

Put ‘em on the space station!

I’d love to bring some creative flair to that job.

First of all, the instant after the re-supply rocket exploded I’d have held a press conference.

“It was toilet paper. The toilet paper in the space station bathrooms are now down to about the cardboard rolls. There’s a Russian up there and he never puts out a courtesy roll when it gets low so everyone else thought there was plenty left.

“Sadly, they were mistaken. The point of this mission was to resupply the space station with toilet paper. This was a huge setback because tonight they’re eating Mexican. We ask for your prayers . . . and your toilet paper!”

Why, a caring American public would flood the space agencies with Charmin. I don’t know how much NASA spends on TP, but that would be one item the cash-strapped agency could just, er, wipe it right off the budget.

We have reality shows for every niche channel, but we don’t have one for human beings in outer space?

In “Survivor,” departing contestants who’ve been voted out have their ceremonial torches snuffed out by Jeff Probst.

It could be more dramatic in “Survivor: International Space Station!” Any person who is no longer wanted could be escorted to a vacuum sealed hatch and given a chute and shove.

For the record, here are the names of the astronauts currently serving on the space station: Maxim Suraev, Reid Wiseman, Alexander Gerst, Barry Wilmore, Elena Serova and Alexander Samoukutyaev.

I hope they’re doing great and have plenty of toilet paper. But, c'mon, what an unheralded group.

Being an astronaut used to be a ticket to historic fame.

Now it’s a ticket to anonymity.

All that would change if we had a space station reality show featuring, say, fame-hungry celebs like Justin Beiber, Kim Khardashian, Anderson Cooper, Bill O’Reilly, Rosie O’Donnell and Sarah Palin.

The ratings would be astronomical.

And who’d care if they tanked?

Imagine how much better off we earthlings would be if we never heard from any of them ever again.

The Future of Sex

Email ThisBlogThis!Share to TwitterShare to FacebookShare to Pinterest
Labels: annoying celebrities, how to be on Survivor, Jeff Probst, monkeys in space, PETA, space reality show, toilet paper in space, who's on Space Station