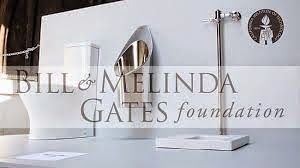 A Facebook friend of mine named Bill Hudgins sent me a story I feel compelled to address. Bill’s one of the many great influentials from my days at the old Nashville Banner and if you’re not at least Facebook friends with Bill then there’s really no point in even having a computer.

He’s friends with one of my favorite authors, Michael Perry, and corresponds with Dave Barry so my posture momentarily improves whenever Bill summons with a story he thinks would be perfect for my blog.

That Bill thought I should dive on in makes perfect sense. After all, my career has mostly been in the proverbial crapper for the past 20 years.

I wouldn’t have far to go.

The headline read: “Kohler toilet seat offers a breath of fresh air where it’s needed most.” The story says Kohler is marketing a battery-powered toilet seat that begins emitting a pleasant deodorizing scent the instant a triggering device indicates some shit’s about to go down.

I’ve heard that crude phrase used in cop movies and felt, profanity and all, it was in this case too apropos to ignore.

That Kohler is behind a revolutionary toilet advance didn’t surprise me a bit. Kohler’s behind quite a few advances that deal with behinds.

I know this because I in 2010 was a porcelain pilgrim to the Kohler Design Museum in Wisconsin.

I spent a few days in the village of Kohler as part of a story I was doing on great Wisconsin golf. Kohler is home to five outstanding golf courses, foremost among them Whistling Straits, famous for its pot bunkers.

I made sure I had time to check out the design museum, famous for it’s potties.

I remember they had one wall that was nothing but artistically stacked toilets. I guide threatened to throw me out when she saw I was preparing to scale it.

Climbing it was difficult to resist. Seeing it made me feel flush.

It had comfort-height seats, high-efficiency bowls, touch less flushers, you name it. It’s easy for purposes of joking to focus strictly on the toilets, but it had futuristic showers, sinks, tubs, etc. I’d go back.

It’s all very expensive, perfect for people ambitious to defacate on thrones fit for kings.

I like to think one of the reasons Bill sent me the story was to see if I could somehow take something so inherently crude and silly and elevate it into a story about the very future of mankind.

I’ll never ignore a tossed gauntlet, although this one I’ll pick up with rubber gloves.

See, there are noble men and women who today are dedicated to making toilets do more than conceal the stink.

Two of their names are Bill and Melinda Gates.

I don’t often find myself in the role of tossing attaboys to billionaires, but we’re not paying enough attention to Mr. and Mrs. Gates.

It grates on me when I continue hearing what a genius Gate’s rival, Steve Jobs, was when all his accomplishments seem centered on mindless entertainment devoted solely to increasing Apple Inc.’s bottom line.

The world’s going straight to Hell, but thanks to Jobs we’ll all be groovin’ when we get there.

The Gateses are quietly arranging a detour by tackling the ever-pressing problems of fresh water scarcity and sanitation. They recently announced a $100,000 winner to their “Reinvent the Toilet Challenge.”

It’s Michael Hoffman of the California Institute of Technology in Pasadena. Hoffman and his colleagues invented a solar-powered toilet that converts human waste into hydrogen gas that runs an in-house electrochemical reactor.

So someday our waste will be used to power the appliances in our homes.

Are you smelling something?

I am. It’s the future

And it don’t stink.

Use rice if phone drops in toilet
Posted by Chris Rodell at 1:13 PM