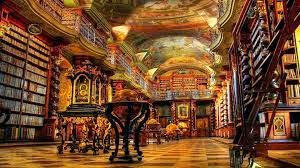 For a man who so often laments being broke, I admit to many extravagances.

I spend a lot of money on beer, sushi, golf, cigars and always have enough dough to keep a bottle of high-end bourbon at home on the shelf.

Even an amateur financial adviser might point out that my complaints about never having enough money would be eased if I didn’t spend so darn much it and, yeah, that makes a whole lot of sense.

I blame my innate optimism. I keep thinking any day now my fortunes will dramatically improve and I wouldn’t want the good life to pass me by while I’m waiting for the eventuality.

That I’ve been thinking those thoughts every day since 1992 doesn’t diminish my hopefulness.

But I recently recognized one frequent splurge I’m having trouble justifying.

I spent $23.89 on an object I can’t eat, can’t drink and is, I’m sure, bound to become an archaic burden to frustrated descendants.

Yep, I bought another book.

It’s history presented in a dying format that experts predict is destined for history.

It cost $12 more than the Kindle version (and I don’t own a Kindle), and I could have easily gotten it for free at the library I frequent.

Worse, it’s the first of three volumes, so that one purchase pretty much obligates me to shell out another fifty or so bucks for about five more pounds of pages.

I didn’t care. I want it and I want to keep it among the 250 other books I have in my humble little basement library.

I’m always pleased whenever someone points out they’ve been reading the “What I’m Reading” sidebar.

It details recently how my reading habits have changed. I’m deliberately becoming a much better reader, and by “better” I mean a reader of more essential books.

See, I used to dabble, especially in popular fiction. I tried to keep up with the trendy books, many of which left me disappointed.

Then one day I noticed on my iTunes library that I’ve played about a dozen songs more than 100 times. There’s some Mark Knopfler, Van Morrison, Stones, Petty, etc.

And they’re all great songs. But 100 times? That’s too redundant.

Then I thought about my favorite movies. Have there been any movies I’ve seen that often? “Cool Hand Luke?” “Shawshank Redemption?” “Wizard of Oz?”

As a father of daughters, I’ve probably seen “Frozen” hundreds of times, once I think all on the same school snow day.

Then I thought about my favorite books. I’d read “Moby Dick” just once. I’d read “Catch-22” once or twice. “Lonesome Dove,” one time, too. The admission makes me seem like an intellectual Lilliputian now, but until last summer I’d never read “To Kill a Mockingbird.”

These books and dozens of others had meant more to me than the songs or the movies. Yet, I’d take a book, read it once, put it on the shelf and just sort of forget it. It felt neglectful.

I still love historic non-fiction by Tony Horwitz, Erik Larsen, Simon Winchester and Hampton Sides — and reading the monumental Robert Caro books on LBJ in the past year has been one of the richest reading experiences of my life.

But it’s the reconnecting with timeless literature that’s been the most satisfying.

Lately, I’ve spent hour after hour immersed in “The Grapes of Wrath.” I’ve found I can’t get enough of Steinbeck and thoroughly enjoyed his “Travels With Charley.”

Now I’m on a mission to read all the greatest books until I have vast swaths of their glory committed to memory.

It’s an exercise where even the failures involve accomplishment.

So I won’t be reading the latest “soon-to-be-a-major motion picture!” bestseller. I’m going to instead buy and read all the books that still mean something sacred to so many.

I hope one day when I’m gone people see my treasured stacks of books and see not a waste, but a monument to a life well lived.

Over-drinking, over-eating, over-recreating — reading alone is the one extravagance I just can’t see myself ever shedding.

See, all the others feed my vices.

I am becoming obsolete

Your last line is one of the best you have ever written.

I bow at your compliment, Tom. You're appreciation means the world to me. Thanks!